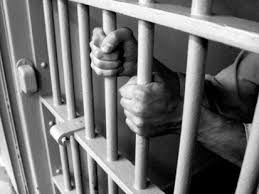 How can a traffic offense get you a ticket to prison?

The answer is, “Quite easily if you’re poor!”

Let’s take a look at the system of court fines and then correct it, our criminal justice system is rigged against poor people – and a big part of the Ferguson problem was how this system was working against the poor.

Prof. Karin Martin at John Jay College of Criminal Justice had some interesting things to say about these disparities in a recent letter to The New York Times:

“My research on the use of monetary penalties indicates that the widespread system of assessing interconnected fines, fees, penalty assessments and the like raises challenging questions of fairness. For a public institution to be the originator and the beneficiary of fines provides a troublesome incentive to direct resources away from other critical but less lucrative law-enforcing or adjudicating tasks (clearing backlogs of DNA analysis or testing rape kits). In fact, collection rates nationwide are abysmal: far below 50 percent in some jurisdictions. Most problematic is the tendency of fines and fees to be self-perpetuating (failure to pay prompts additional fees) and net-widening (subjecting more offenses to fines). A result is that the system of fines violates the fundamental tenet of proportionality in our criminal justice system.

“A good solution would be to follow the European model of day fines, in which monetary sanctions are calculated as a percentage of income. This approach takes into account offense severity in addition to ability to pay. As such, it is an effective punishment that generates income, but it does so without sacrificing justice.” [See also Ferguson Sets Broad Change for City Courts.]

She presents a reasonable solution — fines should be based on income not some legislated sum of money.

So how does a traffic ticket get you to prison?  It goes like this: You are poor and looking for work. This morning you are driving to a new job. You’re late and you are driving too fast. You need get to work on time. Now you are stopped by police.

You don’t consider yourself a criminal and certainly not a person who could ever end up in prison. Prison is for bad people and you’re not a bad person. Sure, you might smoke a little dope, but would never steal anything or hurt anyone. People who do that should go to prison, but that’s not you.

You have now just been handed a $200 speeding ticket. You can’t pay it. You have no money. So you don’t show up in court and now a warrant for your arrest is out there in cyberspace. Still, you don’t considered yourself to be a criminal.

Now you need to avoid police at all costs. You can’t afford to go to jail and loose this new job. Your driver’s license is now suspended. Public transportation in your city will not get you to where you work. You continue to drive your ca

You must not get stopped by police. But an optical-scanning device reads your vehicle plates and you are stopped by police. You have three options, speed away, dump the car and run, or submit to arrest. Either option will eventually get you in jail.

You submit to arrest. You’re now in jail and have lost the job that took you three months to find. A job, incidentally, needed to support not only you but your family. Fees and more fees are tagged on to that original $200 fine.

When you get out of jail you still need to find a job and you need transportation.

The next time you are stopped you vow not to be arrested. You simply cannot afford it. So you run and are caught and physically arrested, you try to get away. The end result is that you are charged with resisting arrest and, possibly, battery to a police officer as a result of your resistance.

State prison is now just a matter of time.

Campbell Robertson and Joseph Goldstein reported in the New York Times last month that this problem is very present in St Louis County, Mo. and Ferguson. However, this situation is not restricted to St Louis County, it is a situation that exists in almost every city in America.

“Young black men, who in many towns in St. Louis County are pulled over at a rate greater than whites, routinely find themselves in the patchwork of municipal courts here, without lawyers and unable to pay the fines levied for their traffic violations. Many end up being passed from jail to jail around the county until they can pay their fines and in some cases other administrative fees, a revenue source on which some towns are growing increasingly reliant.

“’It angers people, because it seems like they’re just messing with you,’ said Cameron Lester, a 22-year-old college student who knew Mr. Brown, and days earlier was protesting his death. He described how an unpaid $75 ticket once turned into days behind bars in two different police stations and hundreds of dollars in fees. He was skeptical about change…

“When a person fails to appear and pay, here as in many other places, a warrant is issued and that person’s license is suspended. In the hodgepodge of cities that make up St. Louis County, some drivers may have multiple warrants. In Ferguson, more than one and a half warrants have been issued for every resident (my emphasis). And as the warrants stack up, so do the fines: Not showing up to pay a $90 taillight violation means a failure-to-appear warrant with its own fee of $100 or more; each successive failure-to-appear warrant adds to that; and if there is a stop, there are incarceration fees and towing fees.

“’In the end,’ said Brendan Roediger, an assistant professor at St. Louis University Law School, ‘a person who had trouble coming up with $90 might owe a jurisdiction well over a thousand dollars…’”

So what can be done? How do we get off the merry-go-round of imprisoning poor people for traffic infractions and minor offenses?

One solution would be to have a sliding scale based on income for offenders. Another would be to adopt the European systems of a percent of your daily wage. But what would the result be?

You and I know, decreasing income to city coffers and, in response, the raising of taxes. Let’s see, who’s in favor of that?

These are the type of system inequities that police leaders should identify and work to change. The current system we use is simply unfair and must be changed.

Keeping this system operating is not going to bring peace to our cities or insure the safety of our police officers. Instead, it puts our nation’s police in the increasing view of being unfair and presiding over a system of fundamental unfairness; a system which targets the poor and puts them in prison.

AND… for an update — how disparity in the legal system applies to Ferguson.

In Ferguson, a Stack of Warrants.