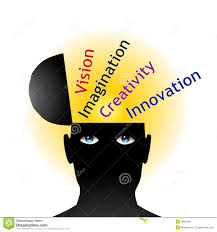 The continuing pushback from the ranks I have received with regard to my book, Arrested Development, has been the challenge to my assertion that our nation’s police are anti-intellectual.
Anti-intellectualism is one of the four obstacles I list in my book. The other three are over-use and over-reliance of the use of force in solving problems (violence), dishonesty in matters of reports, testimony and receiving gratuities (corruption), and the lack of civility towards others (disrespect) — primarily during street encounters like “stop and frisks.”
These four obstacles prevent our nation’s police from being the positive and protective influence they can have in our society as guardians of our values and rights and the protection of those among us who are in need.
When I think of someone being anti-intellectual I think of a person uneducated, not very wise or insightful, quick to hold on to unsubstantiated opinions, and unwilling to be open to new ideas and new ways of doing things even if they can be proved to be more effective.
I think historian Richard Hofstadter gives us the best definition of anti-intellectualism:

“– a resentment and suspicion of the life of the mind and of those who are considered to represent it, and a disposition constantly to minimize the value of that life.”

This definition causes me to wonder and think about those police with whom I have worked with and led over the years; those who had a “resentment and suspicion of the life of the mind;” who constantly minimized the value of an education or intellectual life.

Those who held these beliefs were obstacles to the great vision of police a free society and defending the “inalienable” rights of its people.

It is very important for police leaders today to select the “best and brightest” in their communities to serve as police — and for them to be actively engaged in growing both the intellectual and emotional life of their officers.

This is important because today’s police need to be thinkers — now more than ever — thinkers who are able to creatively solve the problems of community support and trust which confront them today.