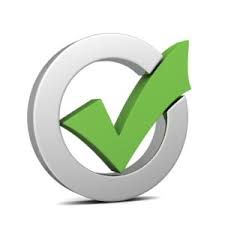 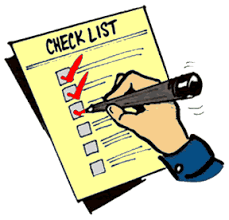 CHECKLISTS have been instrumental in improving both the safety of airplanes and in-hospital patients. Last week, I posted a piece on Sgt. Mike Quinn’s work with police in developing a system of “peer intervention.” One of the great successes of reducing infections in hospitals (especially in the placing of central lines, has been through use of a checklist and hospital administrations giving nurses the authority to intervene if the checklist was not being followed

Each year in the U.S., there are an estimated 100,000 deaths from healthcare-associated infections, and one third of the fatalities are from central line infections, according to the Joint Commission. These infections create approximately $33 billion in excess medical costs for U.S. hospitals every year.

In December, 2010, Dr. Atul Gwande wrote an article in The Atlantic Monthly entitled “The Checklist.” The following are excerpts from that article in which I ask you to think about complicated and life-threatening decisions police make and whether the implementation of checklists, along with peer-intervention, might improve the quality of police services:

Excerpts From “The Checklist” by Dr. Atul Gwande

“In 2001, though, a critical-care specialist at Johns Hopkins Hospital named Peter Pronovost decided to give [checklists] a try. He didn’t attempt to make the checklist cover everything; he designed it to tackle just one problem… line infections. On a sheet of plain paper, he plotted out the steps to take in order to avoid infections when putting a line in. Doctors are supposed to (1) wash their hands with soap, (2) clean the patient’s skin with chlorhexidine antiseptic, (3) put sterile drapes over the entire patient, (4) wear a sterile mask, hat, gown, and gloves, and (5) put a sterile dressing over the catheter site once the line is in. Check, check, check, check, check. These steps are no-brainers; they have been known and taught for years. So it seemed silly to make a checklist just for them. Still, Pronovost asked the nurses in his I.C.U. to observe the doctors for a month as they put lines into patients, and record how often they completed each step. In more than a third of patients, they skipped at least one.

“The next month, he and his team persuaded the hospital administration to authorize nurses to stop doctors if they saw them skipping a step on the checklist; (my emphasis)… This was revolutionary. Nurses have always had their ways of nudging a doctor into doing the right thing, ranging from the gentle reminder (“Um, did you forget to put on your mask, doctor?”) to more forceful methods (I’ve had a nurse bodycheck me when she thought I hadn’t put enough drapes on a patient). But many nurses aren’t sure whether this is their place, or whether a given step is worth a confrontation. (Does it really matter whether a patient’s legs are draped for a line going into the chest?) The new rule made it clear: if doctors didn’t follow every step on the checklist, the nurses would have backup from the administration to intervene (my emphasis again)

“Pronovost and his colleagues monitored what happened for a year afterward. The results were so dramatic that they weren’t sure whether to believe them: the ten-day line-infection rate went from eleven per cent to zero. So they followed patients for fifteen more months. Only two line infections occurred during the entire period. They calculated that, in this one hospital, the checklist had prevented forty-three infections and eight deaths, and saved two million dollars in costs…

“The checklists provided two main benefits, Pronovost observed. First, they helped with memory recall, especially with mundane matters that are easily overlooked in patients undergoing more drastic events… A second effect was to make explicit the minimum, expected steps in complex processes. Pronovost was surprised to discover how often even experienced personnel failed to grasp the importance of certain precautions… Checklists established a higher standard of baseline performance…

“After the checklist results, the idea Pronovost truly believed in was that checklists could save enormous numbers of lives. He took his findings on the road, showing his checklists to doctors, nurses, insurers, employers—anyone who would listen… But this time he found few takers.

“There were various reasons. Some physicians were offended by the suggestion that they needed checklists…”

You can read the full article HERE.