Earlier this year, before the President’s Task Force, I wrote this post calling for a national summit meeting that would begin to rebuild trust between police and communities of color.

Eventually, we will need some kind of “truth and reconciliation” commission in which apology will play a meaningful role. We cannot continue on the path we are on. The violence must stop and changes must be made. 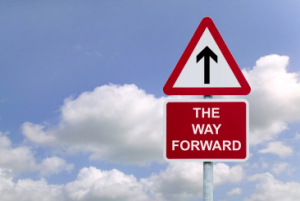 This is my trust-building vision: A national summit is organized which calls together our nation’s police leaders. The purpose is to discuss the growing problem of mistrust and lack of support among significant numbers of Americans for their police.

At the summit, police leaders work to identify the problem, listen to one another along with the various representatives voices of those who feel offended by police.

I see the Police Foundation being a primary organizer.

I see people helping the discussion like Robert Enright of the International Forgiveness Center along with Ta-Nehisi Coates (“The Case for Reparation”) and Michelle Alexander (The New Jim Crow).

One of the solutions to be considered is for police to make apology (see my post on this) for past behaviors that have unfairly treated or oppressed others. Apology is often the first step toward restoring broken trust which, in the present matter, undermines the support…