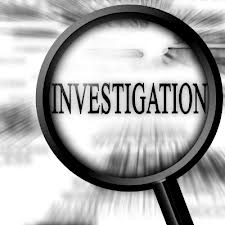 Of course, the question of self-regulation is not only relevant to the police but applies to every institution of power in our society — medical, educational, military, governmental, and so forth.

But for this discussion, let’s limit this question to the police.

It is very difficult (and painful) for a police department to criticize or discipline one of its own. Why? Because in many instances of police review, those who are doing the reviewing know that “there but for the grace of God go I.” This has a chilling effect especially when it comes to the use of force. Policing is a difficult job. And a community needs to support their police when they are doing a good job and ask for change and improvement when they are not.

The primary place were police often go amiss with those whom they are pledged to serve is in the use of force — and most assuredly in the use of deadly force. Secondly, in the matters of discourtesy (often racism), false statements (lying), and taking things (stealing). However, when police can most effectively investigate themselves is when the matter being investigated is consistent with the police subculture; that is, a department that strongly believes that their officers should be honest and respectful to citizens will be more likely to take quick and effective action when those in the ranks step outside of those rules.

Nevertheless, when police have trouble investigating themselves is when the conduct being investigated is NOT outside the subculture, not outside department practices (norms). And often that is  in the use of force — most often in arresting someone who doesn’t want to be arrested or arresting someone who has, for example, killed, assaulted, eluded or disrespected another police officer. Overshadowing these events comes the attitude that police have a tough job to do that involves dealing with and controlling “bad people” who need to be under control lest they come and harm one of us. This is when the term “thin blue line” is often spoken; remember, we, the police, are a thin line between you and the bad guys out there.

I wish there was an easy answer to this problem. Yes, there can be outside investigators sent in when a complaint regarding the use of force has been made or when police have been involved in a shooting. The quality of the investigation will, of course, rest on the ability of those doing the investigating. And, in many occasions, the ability often rests in the largest department in the area which also has the most experienced investigators.

We must not forget that a call to create a mechanism for police oversight can be viewed by many police officers as questioning their ability and integrity. Most police are not in favor of “outsiders” reviewing the difficult practices of their work and a community contemplating such an action will usually encounter a push-back from police.

In response, some cities organize an inter-governmental team of police investigators from surrounding police agencies to automatically respond to all police shootings. To insure some impartiality, the investigator from the jurisdiction being investigated excuses him or herself from the team. Still, it’s police investigating police. To some that’s okay. There is some degree of separation. To others it is not.

In the City of Knoxville, there is a Police Advisory and Review Committee (PARC). The committee was established in 2001 with the following mission, purpose and composition. It bears consideration:

“The purpose is to strengthen the relationship between the citizens [and the police], to assure timely, fair and objective review of citizen complaints while protecting the individual rights of police officers, and to make recommendations concerning citizen complaints to the Chief of Police and to the Mayor… It is designed to be an independent agency with the authority to review and/or investigate allegations of misconduct filed by the public against the [police]… The Committee is composed of seven citizens… appointed by the Mayor for a term of three years. No member may serve more than two (2) consecutive terms.” [The Committee has a full-time Executive Director].

The problem of police review is not a new problem. Years ago, a paper from the Law School at Duke University captured the problem. It still speaks to it:

“[T]he need for accountability is not unique to police departments. But the recent efforts to establish efficient and responsive police review boards… bring into focus the underlying problems facing any institution which makes such an attempt. Chief among these problems is the difficulty of establishing a review mechanism which will be acceptable to both the community and the professionals involved. The two-pronged dilemma of legitimacy is rooted in the juxtaposition of beliefs held by the officers-who feel they are being betrayed when operations are scrutinized by outsiders-and the citizens-who contend that the solidarity of the force effectively precludes redress... [This] requires in the monitoring mechanism a delicate balance between suitable impartiality toward the force and understanding of the policeman’s [sic] difficult task.” (My emphases)

One watchdog group (among many), the National Center for Constitutional Studies, not only actively supports police but also provides the following arguments against outside citizen review and, in response, urges communities to organize “Support Your Local Police” movements. They propose the following arguments:

There are not easy answers here. But it would seem that as we go into more transparency and accountability of our more powerful social institutions (and the proliferation of hand-held video cell phones, in-squad car cameras, and even police with department-mandated personal cameras) we need to carefully think about how and how well we monitor the use of force by police in our society and what we do from time to time when police are seen to violate the trust we give them.

I have presented some ideas and concepts. I am convinced as Dr Martin Luther King, Jr. was that “the arc of the moral universe is long, but it bends toward justice!”

The International Association of Chiefs of Police (IACP) recommendations regarding civilian review boards.