Last week, I wrote about Chief Chris Burbank who heads up the Salt Lake City Police Department. I described him as “my kind of chief;” that is, a leader who seems committed to police improvement and (of course) seems to lead in the manner that I describe in my new book.

So I am interested in you helping me out. What police leaders are persistently and passionately committed to seeing our nation’s police improve? Let me know. In the meantime, I am going to highlight Bill Evans, currently acting commissioner of the Boston Police, Chief Mike Masterson of Boise, and Chief Janee Harteau of Minneapolis.

Let’s start with Bill Evans. Bill is strongly committed to community policing and the “soft approach” to handling public protest. Here’s a quote from Evans on handling public protest: “Our motto is to kill them with kindness. You can talk your way out of anything. We don’t need sticks out. We don’t need helmets on.” He is currently acting commissioner. Let’s see if Boston makes his appointment permanent. For a recent article on Evans, CLICK HERE.

Another is my former colleague, Chief Mike Masterson who has headed up the Boise, Idaho police for the last nine years. Mike was a captain when I was chief of the Madison, Wisc., police. He was early partner with me and advocate of the new leadership we were in the process of implementing in Madison. Mike was a lieutenant when he boldly volunteered to be a command officer in our new Experimental Police District. He is a champion for quality policing 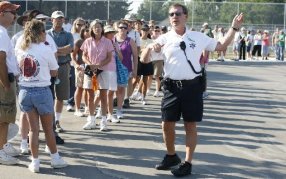 and the important for police to be protectors of our Constitution.  Last month at the annual meeting of the International Association of Chiefs of Police (IACP), Mike presented a paper to his colleagues on the evolution of police leadership comparing and combining Quality Leadership with the IACP’s Leadership in Police Organizations as a “best practice.” For more about Mike, CLICK HERE.

Still another chief after my own heart is Chief Janee Harteau of Minneapolis, a department on which I served in the early 60s and one known for its hardline approach. Harteau has an advisory 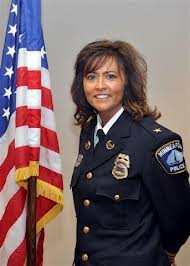 council that includes people from the previous administration, people she has developed relationships with, members of the Civil Rights Department and youth members. “For me as chief, I wanted a sounding board. I wanted them to be involved, I wanted a wide spectrum on the community, representation where I could share information.” Harteau is committed to increasing the number of minority and female officers, improving community relations, and dealing with rogue. For more, CLICK HERE.

These and other chiefs have put themselves on the line in order to do the right thing — to enable police officers to be more oriented toward the community, to be active protectors of our civil rights, to use force wisely and legally, and act honestly and intelligently when carrying out their duties. It’s possible. Chiefs like these will make it happen.