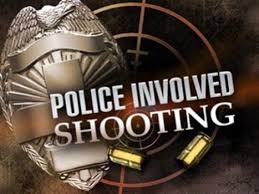 With regard to police shootings, do we have the right data to make decisions?

Take a look at the following article in the Sept, 30 issue of The New York Times by Michael Winesaug:

“If anything good has come out of this month’s fatal shooting of Michael Brown in Ferguson, Mo., it is that the death of the black teenager shined a spotlight on the plague of shootings of black men by white police officers. And maybe now, the nation will begin to address the racism behind it.

“That is the conventional wisdom, anyway, and maybe it is true. Only a fool would deny that racial bias still pervades aspects of American society. The evidence is clear that some police law-enforcement tactics — traffic stops, to cite one example — disproportionately target African-Americans. And few doubt that blacks are more likely than whites to die in police shootings; in most cities, the percentage almost certainly exceeds the African-American share of the population.

“Such arguments suggest that the use of deadly force by police officers unfairly targets blacks. All that is needed are the numbers to prove it

“But those numbers do not exist. And because of that, the current national debate over the role of race in police killings is being conducted more or less in a vacuum.

“Researchers have sought reliable data on shootings by police officers for years, and Congress even ordered the Justice Department to provide it, albeit somewhat vaguely, in 1994. But two decades later, there remains no comprehensive survey of police homicides. The even greater number of police shootings that do not kill, but leave suspects injured, sometimes gravely, is another statistical mystery.

“Without reliable numbers, the conventional wisdom is little more than speculation…

“’It’s shocking,’ said Geoffrey P. Alpert, a professor of criminology at the University of South Carolina. ‘For 20 years, we’ve been trying to get the government to do something. We don’t have a clear picture of what’s going on in the use of lethal force. Are young black males being shot at a rate disproportionate to their involvement in crime? Are white officers shooting black males in areas where they’re not expected to have those sorts of interactions? Is this an aberration, a trend, routine, something going on for a long time? We don’t know.’

“Not only do we not know the racial breakdown of police homicides, we don’t know with any precision how many homicides occur, period.

“The F.B.I.’s Uniform Crime Reporting Program tabulates deaths at the hands of police officers. So does the National Center for Health Statistics. So does the Bureau of Justice Statistics. But the totals can vary wildly…

“A 2012 study by David A. Klinger, a former police officer and professor of criminology at the University of Missouri-St. Louis, compared 13 years of internal reports on homicides by Los Angeles police officers and sheriffs’ deputies with the figures published by the F.B.I. The result: the 184 homicides reported by the F.B.I. were 46 percent fewer than the 340 logged by the departments themselves…

Here is one way that citizens, using the internet, are beginning to answer the questions surrounding police shootings: