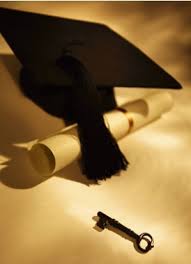 Those of you who have read my book “Arrested Development” know that I try to make a strong argument about the need for smart, well-educated police in our multi-cultural, multi-racial society. In fact, I call “anti-intellectualism” one of the four obstacles to police improvement (along with violence, corruption, and discourtesy).

Why do cops need to be good thinkers, even academics? A recent (Feb. 21, 2015) blog from the Oxford University Press makes a strong argument for this point of view. To me, the article is very pertinent with regard to the importance of trust between police and those whom they serve.

In their research, the authors found that even if police make major mistakes in preventing or responding to a terrorist attack, they did not translate into a significant drop in trust.

“The seemingly paradoxical co-existence of strong criticism and a high level of trust in the police makes sense if viewed within the framework of procedural justice theory. This theory suggests that the perceived motives and intentions of the police matter more to people than the effectiveness and outcome of police work. Thus when… police seriously acknowledge the criticism… and signaled a will to change, this appeared to have a greater impact on trust in the police than the failures that had led to the criticism.”

The problem we often face in America is that police leaders do not want to acknowledge a failure, a mistake. And in doing so, lose trust from their communities.

Further, in the Oxford blog by Gunnar Thomassen, Jon Strype, and Marit Egge, they note that after a terrorist attack, the response most often is to increase police legal powers and resources — mainly centralization and surveillance (and, in Europe, whether or not to arm police officers).

In response to this the authors note:

“While this may improve police preparedness, it may also increase the distance and reduce everyday interaction between police and the public. Moreover, if this is combined with more aggressive police tactics with reduced emphasis on procedural justice, trust is likely to erode.”

They conclude, and this conclusion is something in which we all need to struggle since the aftermath of 9/11 and the increasing militarization of our nation’s police, is less trust a price worth paying?

“Well, the thing is that trust is also an important predictor when it comes to levels of cooperation and compliance with the police. In the context of preventing terrorism, it is vital that the general public is willing to share their concerns about persons, groups and activities with the authorities. Thus, by sacrificing trust we may in fact undermine police efficiency in the long run. Finally we also argue that if the result of terror is a police force that builds its legitimacy on fear instead of trust, then the terrorists will have won, not only the battle, but the war.”

Today, less than 1% of police departments in America have set the 4-year baccalaureate degree as an entrance requirement.

In 1971, the National Advisory Commission on Criminal Justice Standards and Goal recommended the following:

iThere are no comments