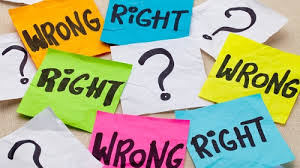 The recent U.S. Department of Justice (DOJ) report concerning the Philadelphia Police Department (PPD) tackles a common misconception many police have internalized: the belief that fear of life justifies the use of deadly force.

“The dictum ‘in fear for my life’ was the most common theme throughout all of our conversations with PPD officers and sergeants regarding deadly force policy. Yet, notably, the word ‘fear’ does not appear in PPD’s [use of deadly force policy] nor is it supported by current case law. As noted in the Ninth Circuit’s decision in Deorle v. Rutherford, a simple statement that an officer is in fear for his life is not an objective factor.”

What the DOJ found in Philadelphia was that officers were relying on the simple dictate – “if I fear, I can shoot.” And it’s wrong.

This may be part of the problem along with adequate training and moral leadership; two factors that have led police to a “slippery slope of violence;” a hastiness to use deadly force to control conflict or resistance.

Proper police training must have officers struggle with the moral responsibility of the use of deadly force and then their leaders must model and reinforce this responsibility – “We, the police, save lives, not take them” and “When I must use deadly force, I know I will also become a victim.”

How did this ever happen? If it’s not more dangerous out there for cops, what is the cause? It appears that the problem is not always with police department policy (although DOJ found that the PPD has two somewhat separate and confusion policies on the use of force.) When I survey various use of force policies, they all seem very similar, and most refer to the “objective reasonableness” found in Graham v. Connor. It’s more about what is implicitly believed as a result of training and cultural practices than what is read in the rules.

I would suggest that top police leaders need to have a hands-on relationship with their department’s instruction and training and clearly set forth their expectations which should be that police under their commands use great restraint in the decision to use deadly force.

All the current discussion, as well as all that will surely now follow Baltimore will most likely boil down to the attitudes our police hold about the sanctity of life, the atmosphere in which they work, the people whom they daily contact, and what they hear and see their leaders do.

While this may seem fuzzy, it is an internal matter: how our police practice the fundamental values of our great nation with regard to life, liberty, justice and equality. That’s why we need smart, well-trained police who are deeply connected to the communities they serve!

Yes, something has gone wrong. And we all need to fix it. It could begin with the police while the rest of society struggles with unconscious bias and how our basic economic and educational systems have failed people of color. Police could take the leadership and speak out about the daily disparities and inequalities they see, the failure of our justice, educational and economic systems

Police are our society’s force experts, but they are also our eyes and ears. They know a lot about what’s gone wrong. They need to share what they know. They should tell us what now needs to be done now that things have really gone wrong. The rest of us need to keep pressing for overall reform in our society so that it works for all of us. We need to demand change and that taking lives by police in these questionable situations is no longer acceptable.

Here is a blog I wrote in January of 2013. It’s called “Making Choices: The Moral Aspects of Policing” and one of the most popular of my many posts on improving police.

It applies to both individuals and organizations. With regard to the police function, a citizen cannot expect the police to operate only legally — but that they must also act morally. For without moral considerations, policing would become both ineffective and unbearable in a free society.

Permit me to explain, police officers, of necessity, daily exercise moral choices called “professional discretion” in deciding whether or not to make an arrest. The proper use of this discretion requires police to be educated and well-trained in order to make sound and professional judgments in the course of their duties. These decisions involve a number of factors (but not limited to) the seriousness of the offense, whether an arrest will aid in resolving the problem, the existence of competing priorities for police resources, the availability of legal alternatives, or taking into consideration honest mistakes and deciding that the situation is best served by a “warning and release.”

These are examples of more current moral decisions: permitting political protesters to march in the street, or occupy a park contrary to law, not arresting adults for the possession of a small amount of marijuana, not determining immigration status when dealing with “undocumented” persons who are crime victims. The law in these cases may permit an arrest, but in doing so the community would not consider the arrests to be “right” or “good.” In the above situations, the police officer could take action but choose not to do so. The decision, therefore, is based not on whether the behavior was illegal, but rather on whether taking enforcement action would be, in this situation, a moral act.

Nevertheless, whenever police use this discretion it must always be done with openness, accountability, and never for personal reasons.

A further example, but on a much higher plain, is the decision to use deadly force – to decide to take the life of another person. For example, a model policy used by one police departments reads as follows:

In these situations the police recognize that the preservation of human life is an extremely high value in our society. While the police may legally use force in a number of situations (e.g. to apprehend any person who is running away from a serious crime), they, instead, choose to limit and regulate themselves by setting a clear distinction between what they can do versus what they will do — or at least attempt to do. They are making a moral decision that they will only use deadly force if a life is being threatened.

And, of course, to put a policy like this into effect, especially when it means to change past behavior, means the police will have to teach the new standard to their officers, adequately train them to be competent in using “force wisely and judiciously,” and to take disciplinary action when they do not.

The moral obligation of police reaches above mere legal compliance and addresses those necessary and additional actions that are designed to improve their relations and effectiveness with the community. For without police having the trust and support of the community, they cannot effectively function. That is why police are so hated and despised (and ineffective) in a totalitarian society.

Therefore, it is necessary that police openly address what they believe to be their moral obligations. They find this out by study and listening to and working with the community. A police department that is in close touch with the diverse communities that exist in most American cities finds out what they need to do — both legally and morally.

The moral obligations of a police department should be addressed in their vision and mission statements — what they want to become and how they will act. A police department may announce that they are committed to being responsive to the community and practice collaborative and team-based leadership — neither of which is mandated by law.  But no matter what they say, it is what they do that matters.

A mission statement may describe how police wish to work with the community. If they say they are committed to solving community problems, being fair and effective, and continuously improving what they do, citizens will come to expect those behaviors. If they say they will sincerely listen to citizens, be open and accountable to them, and assure diversity in their hiring and promotional practices, citizens will expect them to act in accordance.

Vision and mission statements are not legally proscribed, but a wise police department knows the leadership in their community expects them. They are statements that the police are being responsive to the culture of their city and the values embodied in our nation’s Constitution. These statements can breathe life into our shared values – to enable us as a people to “walk our talk.”

For the most part, police are not legally obligated to act morally, but it behooves them to do so. And a police department that does not operate morally is always in conflict with its citizens and, thus, becomes ineffective in their ability to both protect and serve their citizens.

The purpose of asking questions such as these is to encourage a public discussion between the community and its police.  The goal is to solve a perceived problem and enable the police to make the necessary corrections and changes.

It also enables them take one or more of the seven steps I mention in my book; steps that will lead to their continuous improvement.