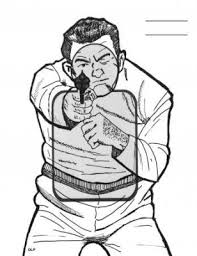 Police need to rethink their training and align it more closely with what a great number of citizens are asking today with regard to the taking of human life. It is a thought-process inclined more toward the morality of an act (doing the right thing) than what is legally permissible to do.

When police talk about stopping persons who are threatening them with a firearm, both sacred cows can stand unchallenged. It’s dangerous to confront a person pointing a gun or has taken a shot at you. Police must shoot quickly, and at center-mass in order to remove the threat. If they shoot anywhere other than center-mass, they endanger themselves and others — and they shoot until the threat is stopped.

That makes sense. During most of my 30+ years as a police officer, that’s the way I was trained with the exception for the number of shots. When I was first trained as a police officer we were told to shoot once, center-mass. Later, force experts advocated a two-shot, double-tap, sequence of center-mass/head in order to stop an assailant that may be wearing body armor. Also, two shots to a person were more liking to stop the threat than one.

Now let’s look at situations not involving assailants with firearms. Reviewing what is going on today, I question whether this training strategy is inappropriate with regard to stopping unarmed persons, or persons with edged weapons, whom police feel pose a threat.

Here’s some suggestions for police to ponder:

When a non-complying, threatening person who does not have a firearm, but whom an officer feels could disarm him and take away his weapon, why not back away and fire one shot into the assailant’s thigh? It will certainly stop him, but with rapid First Aid, will not usually result in his death. Why can that not be considered an acceptable technique to use? It will stop an assailant, but also save a life.

Among the thousands of police shooting videos on the Internet, a number of officers are often seen standing around a mentally ill person with a knife and, suddenly everyone shoots when the person takes a step forward. Again, why doesn’t one officer take an aimed shot into the assailant’s upper thigh? Striking the upper thigh is certainly possible. After all, marksmanship should count for something in police work. And, in this case, a life could be saved.

The safety of our police is also important: their lives can still be protected if the first shot does not bring down an assailant by them backing off, using cover, or applying more force if needed.

The policies of most police departments do not permit officers to shoot assailants other than center-mass. Giving them this alternative in these situations will save lives.

Now let’s have a discussion from both police practitioners and community members. What do you think?

NOTE: After writing this post I received this. Take a look at what the forward-thinking Czech Republic police are up to: http://www.policeone.com/use-of-force/articles/3468104-Shooting-center-mass-Im-told-we-kill-everyone/