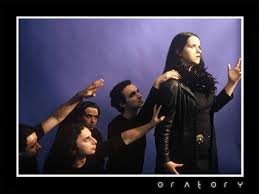 I know I get impatient. And I realize these are tough times for police leaders. But isn’t it time for police to speak up?

After over a quarter of a century leading police and the last two decades commenting on them, permit me to be so bold as to recommend what needs to happen to save a profession of which I have the highest hope and regard.

Since Ferguson, I have argued for preventative community action(s) on the part of our police leaders. I have said this because a preventative, community-oriented, collaborative style of policing is necessary in a free society not only to preserve and protect the rights of all citizens, but also to assure police become more effective as they connect with and serve the community. Officer safety? This is the way to do it!

However, it seems to me that few police leaders have done this; that many of them have taken to “hunkering-down;” laying low, hoping the crisis will pass. It won’t.

It is time for citizens, especially citizens of color, to demand that their elected sheriffs and chiefs of police report to them on how they are responding to the problem of eroding trust and their position on the use of deadly force.

In that “state of the city and county” report, the following needs to be specifically addressed:

— Wouldn’t at heartfelt and honest report on the above topics be a breath of fresh air in our cities?

— Wouldn’t it generate the needed and on-going conversation people need to have with their police and law enforcement officials?