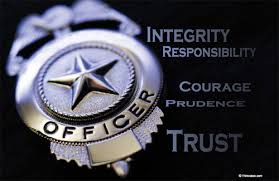 Robert Greenleaf was a major influence on my leadership style. He was partly responsible for the creation of my Twelve Principles of Quality Leadership in the 1980s.

I wrote the following in Arrested Development:

The servant-leader is servant first… That person is sharply different from one who is leader first… The leader- first and the servant-first are two extreme types. Between them there are shadings and blends…[2]

“According to Greenleaf there are also two other serious maladies that confront our society: widespread alienation and the inability or unwillingness of persons to serve. No two attitudes could be more disastrous to any society than these two—a sense of disconnection and the avoidance of serving others. I sense that even today those two maladies continue to confront our society as our economy and place in the world falters.

“Greenleaf also foresaw the chief institutional problem of most of our public and private organizations, too high a priority on telling others and too low a priority on doing.

“I came to find that these ideas of leadership were not new… An essential aspect of the concept is that people who wish to lead must first serve—that is, they must know what it is like to serve others rather than increasing their own wealth or power. The benefit of servant leadership is that those who receive it experience personal growth as they become involved in the working and decisions of the organization, are listened to, and consulted as to what can be done to improve the work they do.

“Many of today’s management consultants, like Stephen Covey, build on Greenleaf’s concept when they highlight the important characteristics of good leadership. These kinds of leaders:[4]