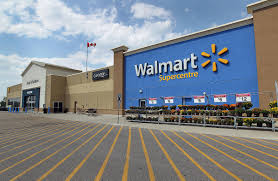 An excellent article on retail shoplifting from the Tampa Bay Times that’s worth a discussion.

It reminded me of the work we and others had done using Problem-Oriented Policing over three decades ago. It seems the problem continues without abatement.

Here’s what policing’s “Best Know Method” says about handling the problem of shoplifting according to the POP Center:

“Police can do little on their own to prevent shoplifting, and you will have to persuade the retailers themselves to act. You may have to explain why police can achieve little through more patrols, and why heavier court sentences are of limited value. You may want to explain how the store’s goods and sales practices may be contributing to the problem. You may have to convince retailers that they cannot ignore the problem, due to the costs to the community and, in the long run, the stores themselves. Finally, you will have to offer them guidance on preventive measures they can take to reduce the problem.

“It is important that shoplifting responses be selective and based on a thorough understanding of the risks. For example, the highest-risk goods should be given the greatest protection, and dealing with organized shoplifters will demand a wider set of measures than those needed for petty shoplifting. You must therefore think carefully about the nature of the risk, which varies greatly with the kinds of offenders, the nature of the store, and the goods offered. These factors also determine the nature of the remedies. The security approach required for a self-service supermarket is quite different from that required for a jewelry store. Department stores with huge turnovers of expensive goods can afford to spend much more on security than small retailers can. In all cases, you must appreciate stores’ need to make a profit. This determines selling practices and how much money is available for preventing shoplifting.
Even when shops can afford more for security, they are likely to resist this expenditure. In making your case, you may need to do the following:

What follows is an exhaustive discussion filled with a variety of effective methods to for police to respond to the problem [Click HERE].

What they do NOT recommend is the current Tampa Bay model suggested in the following article:

“They are called to arrest the man who drinks a 98-cent iced tea without paying and capture the customer who joyrides on a motorized shopping cart.

“The calls eat up hours of officers’ time. They all start at one place: Walmart.

“Law enforcement logged nearly 16,800 calls in one year to Walmarts in Pinellas, Hillsborough, Pasco and Hernando counties, according to a Tampa Bay Times analysis. That’s two calls an hour, every hour, every day.

“Local Walmarts, on average, generated four times as many calls as nearby Targets, the Times found. Many individual supercenters attracted more calls than the much larger WestShore Plaza mall.

“When it comes to calling the cops, Walmart is such an outlier compared with its competitors that experts criticized the corporate giant for shifting too much of its security burden onto taxpayers (my emphasis).

Summary of Responses from the POP Guide

At the end of the guide there is a summary of “the responses to shoplifting, the mechanisms by which they are intended to work, the conditions under which they should work best, and some factors you should consider before implementing a particular response. It is critical that you tailor responses to local circumstances, and that you can justify each response based on reliable analysis. In most cases, an effective strategy will involve implementing several different responses. Law enforcement responses alone are seldom effective in reducing or solving the problem.”

The responses in the guide address general retail shoplifting, shoplifting conducted by organized groups, and those which have limited effectiveness.