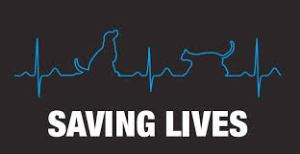 GOAL: Prohibiting the Use of Deadly Force Against Disturbed or Mentally Ill Persons Not Armed with a Firearm

Okay, I am going to dive in on this critical and controversial issue facing policing today. I do come with experience in the field of defensive tactics. So bear with me.

Some things need to change and change right away in policing. It is simply unacceptable for an elected official to lecture the community that they (read: “young people of color”) need to obey police in order to avoid police having to use force on them.

In my own hometown, Madison, Wisc. a researcher found that 11 of the last 12 people killed by Madison police could be classified as mentally or chemically disturbed.

Yes, compliance by citizens is important, that is as long as a person is rational enough to make that choice. But compliance is the second step in the process – not the first. The first step is for police to establish the kind of relationships with young people of color so that do not feel they have to resist in order to protect themselves from police violence; that they can trust the police knowing that they will not use excessive force on them.

In Baltimore, after Freddie Gray was arrested after fleeing police and died in custody some people asked, why did Freddie run away? Why didn’t he submit to his arrest? When some members of the Baltimore community heard the question they were angry. They said Freddie Gray ran away because every time police had stopped him in the past he would get beat up. So who should comply first, community members or should police improve?

Now Madison’s mayor said this after another disturbed person was killed by police; a person suffering from a mental illness. The man approached police with a sharp instrument, did not obey police commands, and continued “aggressing” toward the police officer who then shot and killed him. Was the mayor talking him?

Was trying to tell persons suffering from a delusional mental illness that they must submit to police like any rational person would do? I hope not, because I have yet to see a governmental rule or pronouncements that could bring reality to persons who are suffering from mental illness.

Instead, the mayor, as the chief’s supervisor, needs to be assured, on  behalf of the community, that the police explore ways other than taking the lives of disturbed persons who are not threatening others with a firearm. Guns are dangerous, yet other instrumentality is often less so, and more options can, therefore, be considered.

What must now happen is the electorate, through the mayor, must require the police – the community’s experts in physical restraint and control — do just that. That the police be required to devise methods OTHER than using deadly force in these encounters. (I have written about these alternatives in the pasts on this blogsite.)

Of course, these alternative measures would only be initiated after all reasonable efforts are made to try and contact, talk-down, and de-escalate the person who is in non-compliance with police orders.

It would also seem reasonable to me that the mayor present this directly to the chief of police and require him to solve it. The instruction should go like this:

“Chief, we, the community, no longer wants your officers to shoot and kill persons in these standoff situations. We know these persons might have a sharp or blunt object in their possession – but we want you to develop a way to preserve their lives, not extinguish them. This is creative work and may involve the use of shields, large batons (bo-staffs), electronic control devices, bean-bag guns, nets, shooting into their legs rather than upper torso (“center-mass”) which in most all instances is fatal.

“Your officers’ handguns are capable of rapidly firing more than a dozen shots – they should be able to strike the legs of such a person when they determine use of a firearm is “absolutely necessary.” You may also want to explore the use of your shotguns which can handle a variety of pellet sizes to take down a threatening person without killing them.

“In our community, the sanctity of human life is one of our central values; therefore, we need you and our police to be in the life-protecting and life-saving business. This is essential not only so that officers can go home safely at the end of their shift, but that persons they arrest can also be kept safe.

“When might I expect a report from you on these ‘less-than-deadly-force’ strategies? And how long will it take officers to be suitably trained and directed to comply with these new methods, tactics, and requirements?”