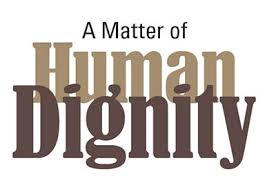 The problem with policing in America is more than getting rid of a few “bad apples.”

In fact, with over 600,000 police in our nation, the number of bad actors is really quite small. Day in and day out, most cops do a good job. But some don’t. And even small number of bad decisions dramatically skews the impression many people have of their police.

When I talk, write, or teach about the ways in which police can and should improve someone inevitably asks, “Weren’t you an officer? Why are you being so mean to police?” This question, of course, completely misses the point. My efforts to improve police is because I did serve many years as an officer. Policing always was a noble calling for me and came to know the greater good in which police are capable.

Let’s get this straight. My goal is to share what I learned about leading police, how to improve the systems in which they work, and the ways to repair lost trust. It comes from knowledge I accrued over three decades of my life and then, after being on the outside for two more decades, what I learned from this new perspective which more clearly sees both inside and outside the police organization — the “big picture.” This is what I write, research, and teach about today.

The big picture is how police can effectively, lawfully, and morally function in a free, democratic, and constitutional society while being closely connected with and committed to those whom they serve..

My focus is not on bad cops — its on bad systems and practices that do not meet the professional police standards that I believe citizens can and should expect.

Either because some police chiefs do not understand, or fail to see the Big Picture, they hunker down, defend, resist and attack the messenger when things go wrong rather than objectively look at a trust-eroding incident from that of the community.

I see this happen all too often across the country and it highlights the first obstacle to police improvement that I described in my book, Arrested Development — “anti-intellectualism;” the failure of police to see and consider the Big Picture; that all work is a system; that data is important in making decisions; and that citizens be considered “customers,” listened to and their needs met [especially with regard to the uses of force]. That is precisely what community-oriented policing is.

For example, when things go wrong, some police leaders rush to defend their officers, improperly influence the investigation, and delay the results somehow hoping the incident will be overlooked and forgotten. They do this instead of identifying that, yes, this is a problem and I will fix it.

Why not say “this is how we have trained and directed our officers, but I now see this is a problem and we will make changes so that this will not happen again. You have my word on this. We can do better and we will.”

This approach does not mean the past was a mistake, but rather we, the police, have have learned more and gotten smarter.

Is this so difficult? Isn’t that what leaders do? They fix things in order to improve what their organization’s do.

Just this past week, Art Acevedo, the chief of police in Austin, Texas did just that. When he saw a video of one of his officers manhandling a young women during a traffic stop he took immediate action. He knew what he saw was wrong. He didn’t wait for a lengthy investigation, he didn’t defend bad policing.

While the traffic stop happened in June 2015, it was not made public until local news media recently published the video.

The chief  said that the woman did not file a complaint and that he did not know about the incident until this week. He said his subordinates should have alerted him to this incident and the video when it happened.

Actions such as these by a police leader can go a long way toward rebuilding trust in the community. There is ample time to defend the overwhelming number of proper encounters between police and community members.

It’s when the system [or individual officers] need correction that leaders must stand up, be bold, and protect community members. No longer can police chiefs defend their officers at the expense of citizens. They must remember they serve the entire community, not just their police officers.

And, yes, that’s a tough lesson for a police chief to learn. But learn they must.