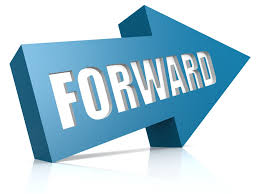 My wife has been a cancer patient for the past eight years. This experience has, of course, placed us solidly within the bowels of the healthcare system.

I have recently been thinking about what can be learned from the medical profession and applied to the training and development of police officers.

These are not new thoughts for me. Early in my career I had been thinking about the need for a clinical relationship between universities and police departments. I have to admit that I was not successful in accomplishing this during my police career. However, in Madison we, nevertheless, developed a close relationship between the University of Wisconsin’s Law School and our  department, but it never reached the formal relationship I envisioned.

During my wife’s recent hospital stay, which is in a teaching hospital, she has been visited by teams of medical personnel seeking to find the cause of her recent medical flare up. These teams have been multi-disciplinary consisting of seasoned physicians, residents, nurses and even medical students.

The newer members of the team come wth a strong academic background and enter the real world of medicine as they learn from seasoned practitioners, researchers, and, yes, the patients themselves.

How might this apply to police? First of all there is the academic preparation for police which is, we have to admit, minimal.

Next there is the skills training for police, and if we look at other important societal tasks such as police, the hours spent training police are also minimal. For example, even within the craft of policing, many of our neighbors around the world do a much better job and, in some places, require two to three years training in a police college.

But even then, I know of no country which has established the clinical approach I proposed earlier in this blog.

Let me expand on this. After receiving a four-year college degree police candidates should attend at least a two-year police college where they would be highly trained and become proficient in the necessary skills required of those who police a free society. For example, developing skills in inter-personal relations, managing conflict in social and family settings, and de-escalating critical emotional incidents — especially among those who suffer from mental illness.

Imagine what could be learned if psychiatry and policing got together and shared what they know about responding to mental illness? And then if these “best practices” became a body of knowledge for policing. After all, workers in mental health facilities don’t carry guns and have to use legal and effective methods of controlling those who are violent and aggressive. What can police learn from them?

The next phase is the most critical – the actual practice of policing — the delivery of police services.  For at least two years after the police college, these newly minted police officers should work with a senior training officer and be open to not only learning critical police skills, but also steadfastly improving those skills before they are ever permitted to practice alone. This is an area in which American policing is seriously deficient.

At the same time, police should be required to live within the jurisdiction which pays their salary. [The residency requirement could be regained by paying an incentive for police who currently live outside the city to move back in. Losing the residency battles of the 1970s and 80s has been a great loss in establishing true community-oriented policing.]

The next step is how the field of policing prepares those men and women within the ranks who are called to lead. This a most necessary step along with formal education and academy and field training. As the British police do, leaders can be called from within the ranks or through direct lateral entry after initial training.

Historically, police have adopted by default the military’s top-down, “my way or the highway,” model. This is not how to lead a 21st century police department. Instead, as I proposed years ago a new leadership style called “Quality Leadership” is necessary. It is a style that is collaborative, team-oriented, respectful, data-driven, and committed to helping team members grow and actualize themselves. It is very similar to the Leadership in Police Organization method developed by the International Association of Chiefs of Police [IACP]. The old top-down, and often bullying method of the past can no longer be tolerated within any police agency today.

Some might say the medical model is not a good one because of the frequent mistakes they make. That may be true, but losing a loved one in a system that is, overall, trusted and considered to be helpful and beneficial is a lot different than losing such a loved one as a result of a police action.

The challenges before the police field today are immense. There are matters of who is selected, how they have been educated, how they are trained, and the competent and values of the men and women who lead them. Then there are the matters of emotional stability, decision-making under stress, control in use of force, and ability to work competently and comfortably with the diverse populations of our nation’s cities.

How police respond to these challenges is critical. Our nation’s top police leaders must be aware of these challenges and have a well though out and articulate plan to address them. This will require smart, creative leaders who are willing to engage with both rank and file police officers as well as the community they serve and be able to properly respond to their critics.