The data are alarming: CBS News (11/21) reports that after a massive manhunt in San Antonio, officers arrested a suspect. San Antonio police Chief William McManus said the officer was targeted for wearing the “uniform.”

The AP (11/21, Webber) reports “One-third of police officers shot to death on the job this year were purposely targeted by their assailant.” 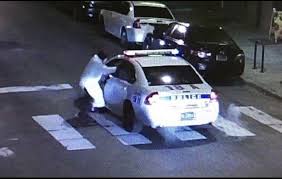 Police departments around the country are encouraging caution; with Dallas encouraging his officers to pair up with a partner and in Chicago, “police officials distributed a safety bulletin and reminded officers to be ‘extra vigilant’ while conducting traffic stops and field interviews.”

This is my take on the uptick of police ambushes:

This phenomenon was part of policing in the 1960s. As a cop on the street, I had to make a choice — was I going to be part of the problem or part of the solution? I chose the latter. And that was to make sure my contacts, especially in communities of color, were marked by what we call today “Procedural Justice;” that is,

What I don’t hear a lot about today is that the dangerousness of policing can be elevated by police officers who do not practice Procedural Justice; simply stated, they do not show respect for those whom they encounter on the job. I believe disrespectful behavior by some police officers leads to unchecked anger and the potential for attacks on other police officers.

Surely, in this world of social media, the acts of a few bad cops put other police officers in danger.

So, if we want to do something about reducing the dangerousness of policing, it can begin today. Start practicing Procedural Justice. And one more thing for police officers: when you see a fellow officer NOT respecting others, say something, then DO something!