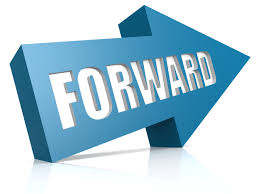 When I came to Madison (Wisc.) in 1972 as a young “outside” police chief I had my work cut out for me. I quickly realized that the department was split into two factions – an “A Team” which consisted of those who supported me and wanted to move forward and a “B Team” consisting of those who didn’t. Sound familiar?

Midway through my two-decade tenure in Madison I knew that I must take a bold step and bring together these two factions into one, forward-moving organization. The blending of three leadership approaches was the way we did this. And looking at these three steps again leads me to think that they might be helpful today.

I learned systems-thinking from Dr. W. Edwards Deming. It is a way to help us understand work and service delivery in the same way engineering principles are used to improve mechanical systems. Systems-thinking is particularly valuable in following areas:

Deming’s approach helped me see police work as a system capable of continuous improvement. More importantly, Deming changed the way I saw myself as a forward-thinking leader and that if I want to improve things blaming the workers isn’t the way to go. Instead, fix the systems that are causing the problems and the way to find the problems is to ask those who are doing the work. According to Deming, leadership cannot be separated from training. How any worker (or police officer) is trained, and subsequently led, is directly related to the quality of their work.

Who decides what “quality” is? It is defined by those who use a product or receive a service; that is, the “customers.”  Policing “customers” are those directly served, contacted, even arrested!

The next step in our moving forward along with seeing the work you do as being a “system.” Is to realize police leaders need a better way to find out how they are doing – and that’s by having data on a pressing subject or issue! Go way beyond simply listening to what citizens have to say at a community meeting, Tweets from elected officials or other community leaders, or reading comments in the daily newspaper or on Facebook. What is needed instead is to directly ask citizens how they felt after “receiving” various police services. (For a unique and creative way to do this see http://openpolicing.org.

Today, on-going, real-time surveys are needed. Otherwise, how will any police organization know how it is doing? In the business world, customer feedback is vitally essential. It should be no different in a police agency. Not only how will police know what their citizen-customers think of their services, but more critically, how else will police know what needs to be improved?

After studying and working with Deming and deeply listening to my employees, I knew that the all-too-frequent top-down, coercive style of leaders would not fit in a forward-thinking and continuously improving police agency.  Tom Gordon (Leader Effectiveness Training)[3]  and Robert Greenleaf (Servant Leadership) [1] would be two other major influences in my thinking to develop a NEW leadership style. The new style was to be collaborative, focused on growing and coaching our employees, actively listening to others, and bringing what we call today as Procedural Justice[4] into our workplace. Deming, Gordon and Greenleaf profoundly influenced me to develop an effective style of leadership that was not top-down nor coercive. As my command staff worked through the manifestations of changing how we led we developed 12 Principles.

I knew that new leadership had to start with me, it was a big change for all of us. Not every leader in the department was enthusiastic about making the change.

All this aroused and stirred up my command staff. Some were digging in their heels. Many  were quite comfortable with the current control style of leadership we all had used for years. This was a noteworthy moment of truth for me. Would I cave in? And my officers were watching me.

At a meeting of the department’s highest commanders I talked about why I thought the new leadership and its processes were crucial for us and why the future of the department was dependent upon it. I wanted them to reach a consensus before I went further. But as we went around the table that day, I knew I didn’t have one—in fact, only a few were in favor of what I was proposing.

What was I to do? A friend of mine from industry gave me some good advice. He suggested that if I could get 25 percent of my staff willing to move on, I should do so. That sounded dangerous. Only 25 percent? Wouldn’t this cause me to leave a lot of my top commanders behind? Even those who had been my closest allies?

He replied, “You don’t leave them behind,” he replied. “You tell them you are leaving, going to a new place, because you intensely believe it is the right thing to do. You need them. You want them to come with you—but you can’t allow them to stay back. They have to come along now.”

He went on to share with me his “Boat Story:”

When I had a quarter of my top commanders on board, I gave the boat speech. I could tell it was very uncomfortable for some to hear, but for others it was a sign that I was really committed to the direction we were about to go. There was electricity in the air—invigoration for some and shocking for others.

What my friend told me turned out to be excellent advice. What he said was true. And it worked.

But when leaders who reported directly to me were not seen as supporting this effort, or were unwilling to make personal changes, I had a big problem on my hands. Remember, I worked within a civil service system of tenured, civil service leaders. Would I formerly discipline them? What was I going to do? These were my team members, men and women I had promoted and worked with over the years. Now some were refusing to get on the boat.

This era of New Leadership became the second major transformation in Madison. The first transformation was to address training needs, recruit more educated and talented officers, diversify the department, bring women into patrol and supervisory positions, and alter the way in which we responded to public protest.

Now I determined we must develop a work environment and style of leadership that was able to tap into the intelligence and experience of our officers and employees.

Looking back, it was the Three Steps that made it all work. The first step to start thinking in systems, gathering the data we need to show either success or failure in making improvements, and, finally, the third step which was to develop and institute a new way of leading the department into the future.

[5] It required leaders to get feedback on their performance from four directions—1) those whom they supervised, 2) peers with whom they worked, 3) the person to whom they reported, and finally 4) an in-depth self-evaluation and meeting with me.