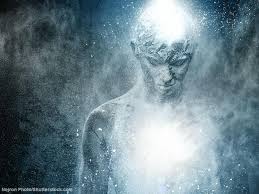 I have been reflecting on my 30+ years as a police officer, trainer, detective and chief of police. Since my retirement over 20 years ago, I have watched, critically observed, and written about police and how they, like every other occupation and profession in America, must continuously improve or they will left behind.

What do I mean by this? We are in an era that demands everyone continually presses forward to better the things they do — science, education, innovation, government and our police. Pressing forward contributes to your profession’s body of knowledge of “best practices;” practices that align with an organization’s mission and our nation’s values and ideals. This means police must be thinkers, learners, and collaborators with those whom they serve, but also with researchers and academics who study the field of justice in a free society.

For a culture of continuous improvement to work, mistakes must be seen as learning opportunities. In such an environment, defensiveness and excuse-making have no place when a mistake could be studied, examined and a better way found. Organizations who do this are learning organizations, when they successfully learn, they then become teaching organizations which share with others what they have learned. This is the vision I have for police. It’s not new. Early in my leadership career, I put forth this three challenges:

I sense the same kind of struggle going on today in policing, a struggle for its soul; in many departments it is the struggle to define their mission and how they will achieve it.

This struggle seems to appear whenever I talk or write about the role of police in a free and democratic society, the necessity to manage deadly force, and the importance of treating everyone fairly and with respect. Police often resist acknowledging they can do better; that they need to examine, test, and improve their work systems, and assure that when officers are required to be fair and respectful that it applies to contacts within the organization as well as the public. Coercive and disrespectful behaviors have no place in the police academy, squad room — or the chief’s office. Coercive leaders destroy and oppress others.

I sense another pushback when I recommend that a new, collaborative, coaching style of leadership must replace the old, destructive ways. These old ways counter personal and organizational improvement.  The old ways are are ineffective and restrain creative-thinking, personal growth of police officers, and the teamwork necessary for building a quality organization.

When I discuss Community Policing, too many police leaders hear “program” and do not resource and train this style of policing as the most effective way to police a community and, therefore, it becomes watered down, under-resourced, and ineffective.

True Community-Oriented Policing occurs when police deeply integrate themselves into their neighborhoods and businesses districts, actively listen to all citizens (especially those most vulnerable), share what they learn, and build a set of best policing practices. To make COP work, police officers and their leaders must exhibit the behaviors we all want in our neighborhoods, schools, and commercial interactions — this happens when police are well-trained and led, respectful, emotionally controlled, comfortable with diversity, and see themselves as front-line defenders of our Constitution.

The struggle continues to occur because the old ways are being challenged by new ways; and new ways are always scary! The old way sees the community as the enemy (“them versus us”), is defensive, lacks organizational transparency, avoids listening, and is not known for being respectful or helpful to others. The new way is a collaborative, open, respectful, and helpful.

Thankfully, police are learning  about and practicing Procedural Justice. They are practices persons with authority can take to build legitimacy and trust.  In interactions when a power differential exists, the person with the lesser degree of power perceives:

Why is Procedural Justice important? If police do not act fairly and justly, research has shown they will not be accorded legitimacy or trust by those whom they contact. And, most certainly, a society such as ours needs this to happen; to have police whom the public considers to be legitimate and trustworthy. When that doesn’t happen, trouble soon follows; troubles like disrespect, lack of compliance, and even physical resistance. When police are not practicing Procedural Justice, it creates a dissonance between our national values and how we, as a nation, act on them.

I have been thinking about how I can convince police today the way forward must be along these lines and not by being defensive, inordinately looking danger around every corner, and thinking themselves as being somehow apart from and not part of the community in which they work and serve.

While I can argue that my years in policing were just as difficult as the years police are experiencing today, it seems to have little traction. Officers today seem convinced that they live in the most pressing and dangerous of times and disregard past examples (like the protest years of Vietnam and the efforts to dismantle Jim Crow, a pernicious system of racial injustice that infected both South and North).

Since the 1990s, SWAT teams, and the deadly North Hollywood bank heist police have experienced a growing “militarization” within their ranks of in terms of weaponry, attitude, and dress. While police need many of the tools and tactics of SWAT, how and when they are used need more public discussion.

I argue in my book, Arrested Development, that police must overcome four obstacles in order to develop a working culture that can continuously improve, sustain itself, and meet today’s growing needs and challenges.

First and foremost is anti-intellectualism. We have always needed smart, educated, and well-trained police. This must be the goal today with no exceptions. Overcoming anti-intellectualism will be a strong step towards the practice of continuous improvement and career-long learning. Intellectual behavior welcomes and encourages research and data-gathering – and strives to find the “best known” methods and practices of policing. That’s what professionals do.

The second is the one most visible today – violence; specifically, the use of deadly force. When police terminate a standoff with a person not brandishing a firearm rather than waiting, negotiating, and de-escalating the situation, citizens will continue to judge them harshly (especially when the life taken is that of a person who is mentally ill or a racial minority). Instead, today’s police should be encouraged to develop less-than-deadly methods to contain events such as these.

The third is corruption. Corruption comes in many forms and appearances from the acceptance of gratuities (like free meals, beverages, and entertainment) to making false statements to convict a person police believe guilty, but for whom the evidence is weak. Corruption can be eliminated only when police and their community ethically work together and ethical behavior becomes part of the police culture.

I mentioned the fourth obstacle earlier — discourtesy or, the failure to practice the elements of Procedural Justice. When police are quick to use violence, are disrespectful to citizens, and violate the law, it is often because they themselves have low Emotional Intelligence. Police need to be emotionally as well as healthy, and it is the job of leaders to make sure they are. Emotional Intelligence consists of the ability to: self assess, self-manage, show empathy, and possess good personal relationship skills. Good cops do all four of these and do them well.

Years ago, I found that when I had to control or monitor a protest or demonstration, closer was always better; that is, the closer I was to, and interacted with, the crowd, the safer me and my officers were, and the better the outcome.

We carried that learning into our practice of Community Policing (or as we preferred, Neighborhood Policing). My officers, by being closer to those they served, were more effective in carrying out the peace and order keeping mission of the department. Through these practices, they were more trusted and respected, and knew citizens would come to their aid if they were in danger.

In a diverse and multi-cultural society such as ours, police need to be comfortable with diversity and difference. For this to happen we must be able to field a police in our towns and cities who can work in such a milieu. This will require police, elected officials, and community members to be on the same page: to hire and train a diverse group of smart, educated, emotionally mature men and women who are committed to our nation’s values of life, liberty, equality, fairness, and justice.

The men and women who serve as our police must be appropriately compensated for this difficult and essential work. They need to be led by mature leaders who are committed to their growth, safety, lifelong learning, and pursuit of excellence.

We can have a police like this. In fact, many are already within the ranks, but not in the numbers we need. These quality police need to be encouraged and supported. Those who come after them will do well to follow them as role models.

This is how we can rebuild needed trust, support, and legitimacy of police within our nation.