INTEGRITY: An adherence to moral and ethical principles; soundness of moral character; honesty.

INTEGRITY has always been part of the police code. It’s easy to talk about, BUT difficult to maintain in the face of pressure. 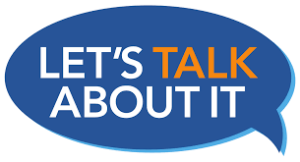 I want to talk to police officers today about a simple, but deadly fact. When you fail to treat another person with whom you have contact with as a police officer with fairness and respect you put yourself and other officers in jeopardy — you make your life and their lives less safe.

This is a hard fact and one that you already know. But it’s something in which you may be reluctant to do something about in the face of pressure from a few within your ranks.

You know what a good cop is, you are more likely than not one of those good cops; that is, you are

Part of being a “good cop” is practicing what Tom Tyler calls “Procedural Justice.” It’s extremely important to practice it if we want to be effective (and safe) police officers.

Procedural Justice is based on the idea that people who have power over other people in a free society such as ours must do four things when they are performing their duties (this is most important for police). They must practice it because the failure to do so undermines our way of life and system of justice (Yes, it’s THAT important!).

It is important to do so because it leads to police legitimacy — the willingness of citizens to have confidence in their police and  to defer to police decisions because they know their police are acting morally and appropriately. When this happens policing becomes much safer.

To practice Procedural Justice, a person in authority, a person who has power over another person, must assure the following occurs during that contact:

We all know that after a contact with a police officer, citizens make a judgement about whether police are trustworthy, caring, and trying to do what’s best for them. That judgement, whether positive or negative, is then consciously or unconsciously projected to police in general.

There is a growing body of research that supports this. It indicates when citizens believe that police acted in procedurally just ways, they will accept the legitimacy of the police, defer to their authority, and are more willing to take responsibility on their own for obeying the law. This strongly supports the police mission.

As I have argued in the past, on this site, and in my book, it is just as important for police leaders to practice Procedural Justice inside their own agencies. Everyone, officers and citizens, responds positively when they are treated fairly and with respect (see PERF report and “Quality Leadership.“)

But you and I also know there are some within your ranks (as there has always been) who do not and will not do this. They are the rouges, renegades, and “bad apples” of policing. Until you stand up to them, little will change. You and other good cops are by far in the majority. The rouges are actually few in number, but cause great problems in building community trust and support.

I learned after being a cop for 30+ years that the only way to change and improve police is from the inside out; that is, when those in the ranks see the big picture, and have the proper training and tools to do the job, magic happens!

When magic doesn’t happen it’s because the subculture has kicked in and prevents good officers from holding their colleagues accountable. Every good cop knows the characteristics that defines him or her — think about it, that is the standard of how you work — and only you can hold it up; bosses can’t and neither can police review boards!

Retired Minneapolis PD Sgt. Mike Quinn knows this and that’s why he has been teaching police officers about what he learned on the job about peer intervention.

In short, it goes like this: A police officer says it’s okay to for other officers to step in and intervene when he or she is about to, or in the process off, doing something stupid; something that will later be regretted, or result in a loss of pay or a career.

What must happen is that “good cops” have to agree that it’s okay to permit a colleague to intervene. But there’s more: Good cops also have to be willing to speak out and stop bad cops — because they are jeopardizing everyone’s safety and effectiveness — it’s THAT important.

Because if cops don’t help other cops control their bad behavior it puts all cops in danger!

This must begin now — today — your next shift!

Are you with me on this?