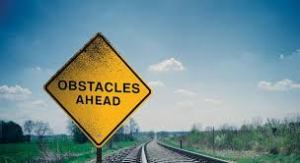 Sometimes when I think about police improvement I feel like I have been treading water for far too long. I am getting tired — but not giving up!

I began my police career in 1960, a few months after my four-year tour with the Marines was completed. My time in the Corps impressed upon me the importance of integrity, being well-trained, and continuously working to improve oneself. I tried to carry those values with me into policing.

My first police job was in a small wealthy suburb then into a large Midwestern city (when you police in a wealthy community, you quickly learn about treating people with respect because if you don’t, you find you are no longer employed! Not so, I later found out in the inner city.)

Shortly afterwards, I enrolled in the university. These two events in my life, being a cop and pursuing a college degree, changed my life.

And now, reflecting back on 30+ years as a patrol officer, academy trainer, detective, and chief of police, I still wonder why we have not improved as much as I thought we should have. It bothers me. There is much that still restrains the ability of our police to fully serve this nation as protectors of our Bill of Rights and those who are vulnerable in our society.

In Arrested Development, I identified four obstacles that I believed continue, year after year, to “arrest” the development of effective police practices; an effectiveness that is highly dependent upon being trusted and supported by those whom police serve. The persistent and confounding obstacles are Anti-intellectualism, Violence, Corruption, and Disrespect.

If these apocalyptic “four horsemen” could be eliminated, American policing would most certainly enter and seize the new age envisioned by our nation’s recent task force on 21st century policing.

But much more needs to be done than the important and necessary recommendations made by the task force. While a number of their recommendations address police violence and disrespect (see below), there is none which address police criminal behavior like false reports, “testi-lying,” being “on the take” and the “Code of Silence.” Only one recommendation addresses ways to overcome “anti-intellectualism” and that is the recommendation that police partner with academic institutions and begin to value education and research.

In the past, I have recommended that police departments maintain a close relationship with a university so that current information and new knowledge can be shared both ways between practitioners and academics; even that efforts be made to exchange roles of researcher/teacher and street cop.

This, of course, means that police must take the first step by finally responding to the 1967 President’s Commission on law enforcement which recommended all police have four-year degrees and not exclusively in criminal justice.

If these two goals were reached, educated cops in close relationship with local universities, much could happen that would improve the methods, ways, and quality of police work in our nation’s towns and cities.

Of course, there is much more that can and should be done (can I say it today?) — national minimum standards addressing certification and training and a national police college to train top leaders as many European nations do. I can hear the groans as I write this. Yes, I realize we are a nation committed to state’s rights and local control, but there are certain functions in our society that we do not leave to the states and it often has to do with our safety and modes of transportation.

But we are a nation on the move, and just going on vacation and driving through many states puts us at risk as we travel through multiple governmental jurisdictions with wide-ranging standards for those who are empowered to enforce the laws in those jurisdictions.

The first obstacle to having the kind of police a free society like ours deserve is that they are just that: smart, educated and well-trained; that they possess intellectual strength and emotional control. From that, the other three obstacles can steadfastly be overcome – police violence, corrupt behavior, and disrespect toward others.

So, what are you going to do to help your police become better educated and prepared to serve you in a fair, legal and respectful manner? That’s the question we face today. Hopefully, we won’t have to wait until the 22nd century.

My “Top Ten” of the Task Force Recommendations which, if implemented, will move American police strongly forward: