Why you gotta be so mean? — Taylor Swift 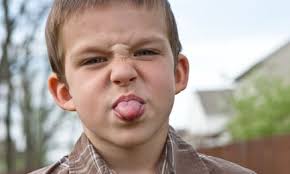 One of my friends and a close colleague for many years asked me why I don’t write about all the good things police do — or “why you gotta be so mean!”

He mentioned last month’s police stop in Timmonsville, SC as an example. It involved the head of the local NAACP. After being stopped, the man portrayed the police stop on Facebook as one which disrespectfully racially profiled him. (The post was subsequently taken down by the man).

The chief of police, having seen what the man posted on Facebook and having reviewed the officer’s body camera video, labelled the NAACP official a “liar.”

From the news account, it was quite obvious that the man involved in the officer’s stop had exaggerated (lied?) his police encounter. Comparing what the man claimed to have occurred was not consistent with the body camera video.

Calling our critics “liars,” however, is not the right way to proceed. Might I suggest that this would call for the chief and the complainant sitting down and having a talk about what happened and his feelings regarding the matter? Trying to resolve that matter and building a better relationship in the future?

It is apparent, the officer acted appropriately, but I am taken back to this excellent California POST video about Procedural Justice and empathic conversation. Every good officer knows that historical baggage is always present in a police stop involving an African American male. Knowing this is one small step toward reconciliation and building that most important ingredient in American policing — trust. And that happens one stop, one encounter at a time.

Where to from here? Am I remiss in capturing good policing? (For that answer check out my Twitter feed.) But what does that have to do with the mission of this blog — improving police? Do suspects create a different set of facts, even lying? Of course they do. That’s why we all work to have smart, emotionally balanced, respectful and well-trained police in our towns and cities.

The long road ahead for American policing is for our nation’s police to walk that slow and difficult path; that of being both aware and empathic — simply being as kind as possible; of being sensitive to encounters such as these involving a person of color — to always be the “adult” in the encounter.

Unfortunately, these events happen from time to time in the life of a police officer. And, most certainly when they occur, officers involved feel greatly offended — but in a growing profession such as policing, that should not alter those officers’ contacts with other people of color.

Police cannot expect other people to act appropriately, but what they can do is to make sure inappropriate behavior does not control them — that’s Emotional Intelligence — being self-aware, self-managed, empathic, and skilled in relationship building.

But when police violate the law or common decency and kindness in conducting their business it is NOT a common event, but one that should be identified by those of us who care about police and fixed. “Back the Blue” and “Blue Lives Matter” are important, but so is “Black Lives Matter.” Both have a role and need conversation in our society.

Just as I learned many years ago as a budding sociologist, deviancy can be a positive event in a society because it tells a community what is acceptable behavior and what is not. That is why I often focus on mistakes in order that they be acknowledged and fixed.

I see a lot of parallels here between policing, health care, and aviation. It is comforting to know that most surgical procedures and commercial airline landings are successful. It is important to know how safe they are. It is also important to know that when accidents happen, when a negative outcomes occur, there are mechanisms and systems in place to study what happened and propose ways to prevent mistakes in the future. That’s what’s important and that has not been the tradition of policing in America. It needs to be.

While I often point to mistakes in police leadership, I also try to lift up those police leaders who I believe are exceptionally in practicing the art: a few examples have been these police chiefs: Bernadette DiPino in Sarasota, Scott Thomson in Camden, Sue Rahr in Washington State, Mike Masterson when he was in Boise, Charley Beck in Los Angeles, and Sheriffs Dave Mahoney in Dane County, Wisc. and Jerry Clayton in Washtenaw County, Mich. to name a few.

All this has tended to put me in the category of being a “drum major for justice.” The pursuit of justice is the focus of this blog and much of my existence. And the way I have chosen to do this is to focus on systemic mistakes (not bad cops) and offer ways to keep those mistakes from happening again (improvement strategies).

So, hang with me as we press on — together. But let’s not be mean!