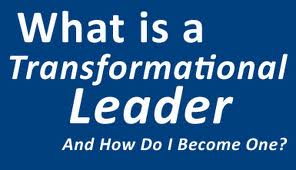 THIRTY YEARS of research by leadership expert Dr. John Kotter have proven that 70% of all major change efforts in organizations fail. Madison was one of the 30% which made it.

Kotter’s book, Leading Change  is the most widely used book on leading the change process today.

Why do most other organizations fail? Because they do not take a planned and systematic approach that must begin at the top and they fail to generate the passion and persistence that is required to see a transformation through.

Kotter, and other organizational consultants, have shown through years of research that following a time-proven process for leading change will help your organization succeed in an ever-changing world.

Kotter’s eight-step process is compared with the process that was used in Madison in the 1980s.

Step 1: Establishing a Sense of Urgency (Madison’s Step One: Educate and Inform Everyone [see the end of this blog for Madison’s change steps]

Step 2: Creating the Guiding Coalition (Part of Madison’s Step One:

Step 3: Developing a Change Vision (Part of Madison’s Step One: the leader’s vision, the necessary goals, and the new leadership required.

Step 8: Incorporating Changes into the Culture

Along with a plan to transform into a more customer-oriented organization that was internally collaborative deeply listened to both employees and citizens, we in Madison developed a new leadership style called “Quality Leadership.” It is a style that is internally collaborative and listens deeply to employees and the community served. Leaders who were “top-down” were required to coaches and teachers and good listeners willing to take the input of their employees into their decision-making.

I see much of what we had developed over thirty years ago in the program recently developed by the International Association of Chiefs of Police (IACP) called “Leadership in Police Organizations” (LPO) but it does not go as far as I would. They explain their program as follows:

“Divided into four separate sections and using both an individual and organizational assessment, the IACP’s ‘Leadership in Police Organizations’ course is taught to a cross section of sworn and non-sworn personnel ranging from the chief to patrol officers and non-sworn supervisors and employees. The course content is divided into four areas that are taught sequentially over three one-week sessions, with each week exploring leadership at a different level of the organization.

The problem with sending officers away to learn leadership is that leadership is an internal, hands-on process with lots of “bumps and bruises” along the way. In my BOOK, I illustrate some of the radical ideas I had about police and their leadership:

“In 1968, I applied for my first chief’s job… I had a master’s degree in sociology, time in the ranks, and I was eager to be in charge. This time I would be working with a forward-thinking city manager who would let me try out some radical ideas I was developing about police. First, they could be much better; second, police should always obey the law while enforcing it; third, police should treat everyone they encounter with dignity and respect; fourth, the ranks of police should be more diversified to reflect the communities they serve; fifth (in these times of civil protest), police should always first attempt to handle demonstrators in a soft, persuasive, and gentle manner; and sixth, police officers deserve to work for leaders who treat them as adults, with respect, and listen to them and their ideas…”

[Later in Madison] “I think it is fair to say that my vision first became the community’s and then the department’s. I did it by constantly selling  my ideas both internally and to the community and selecting and promoting those who shared my vision. I learned that organizations committed to sustainable improvement must have a clear vision, mission, and definition of who they are, where they are going, and what they will look like when they get there. In Madison, our vision was simple and clear: Closer to the people. Quality from the inside out.

“This simple vision statement was intended to capture the thrust of the change effort: to improve the inside of the organization first—the men and women who work in the police department. I decided to do it this way because I had come to the conclusion that most efforts by police organizations to change had failed, even though the ideas involved were good. They failed because leaders didn’t prepare and train the men and women who worked for them, and they used force or intimidation to implement the change.  Coercive leadership wasn’t effective nor sustainable. It didn’t work.

“Instead, the methods of a more collaborative style of leadership do work and can be sustained if top leaders in the organization are able and willing to first practice the new model and then teach others in the organization what they have learned.  Too often, change in a police department has been portrayed to elected officials and the public as something as easy as issuing an order.

“We know today that isn’t the way it is done. Police departments today are complex organizations, and things don’t just happen because the chief orders it. Any effort at changing the police must take into account the power of the organization to drag its feet; to resist. That is why any effort to change police must begin inside a department and, ultimately, be able to answer this question from the rank and file: ‘What’s in it for us?’ If a change-oriented chief and his or her staff cannot effectively answer that question, then what is proposed most likely will fail. I advocated that the department take a path that meets the needs of the officers as well as the community—change and self-interest need not be mutually exclusive.

“The model I used essentially centered on a clear, highly visible and shared mission.  Leaders were expected to walk their talk; to be believably committed to where we were going. The success of the model would ultimately be based on how well they empowered their employees – that was a key.

“Police chiefs can improve the quality of our nation’s police if they are willing to be persistent in developing work systems that empower their employees, listen to the community, and have the time to accomplish it. For a city and its leaders to desire the kind of excellence I’m outlining in this book without giving the chief tenure is foolish, short-sighted, and sure to fail. I certainly would have failed if I didn’t have both time and tenure.”

These are the qualities needed in a leader today:

The Twelve Principles of Quality Leadership

If anyone is serious about transforming ANY organization, they will first have to develop top-quality leadership from the TOP DOWN and be able to practice the above principles. Of that I am convinced!

How did the Madison Police Department move from “good” to “great?”

Here are the steps Madison took.

Step 1: Educate and inform everyone in the organization about the vision, the goals, and the new leadership. This step was passionately led by the top leader.

Step 2: Prepare for the transformation. Before police services to the community can be improved, Madison found that it was essential to prepare the “inside” first — to cast a bold vision and to have leaders that “walked the talk.”

Step 3: Teach the new leadership. This begins at the top with the chief and the chief’s management team.

But of course the question is whether or not this transformational process worked? Before I retired, we had the process assess by outside researchers. More from “Arrested Development:”

“A research proposal was developed and a the contract was awarded to the Police Foundation in Washington, DC. After a three-year study, this is what they found:

“The findings were significant. A transformation had occurred. They found that our new style of  leadership was apparent throughout the department as well as in the experimental police district (EPD). (The mission of the EPD [Experimental Police District] was to experiment with new patrol and investigative strategies including an intense experiment with quality leadership.)

“An interesting additional finding was that even though the number of officers in the department had not increased during the four-year research period, citizens reported seeing more police all over the city; an outcome, perhaps, of getting closer to the community and encouraging motor patrol officers to get out and walk their neighborhoods.

“The three-year study examined the efforts undertaken by us to create a new organizational design—both structural and managerial, built to support community- and problem-oriented policing. Notably, researchers found the department’s attempt to bring progressive, comprehensive change to our operations was successful:

“In the conclusion of their report they made a statement that I believe captures Madison’s 12-year effort to raise the fairness and effectiveness of the police function in their community; a second major effort during my 20-year tenure.

“[I]t is possible to change a traditional, control- oriented police organization into one in which employees become members of work teams and participants in decision-making processes… This research suggests that associated with these internal changes are external benefits for citizens, including indications of reductions in crime and reduced levels of concern about crime.”