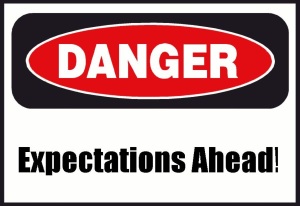 The news accounts have been fearful; a warning from the Governor of Missouri, unrest and increased firearm sales in the St Louis and Ferguson areas.

Most of America (and its media outlets) are standing by for the St Louis County Grand Jury to decide on the fate of Officer Darren Wilson.

Meanwhile… Yes, meanwhile, what are our police leaders saying and doing? Wouldn’t this time after the Ferguson shooting be a great time for police leaders to step up, propose a rational, effective and legal response? And by response I mean not only to prepare tactically but also relationally.

I would expect just as much effort be put into maintaining an on-going, personal community (and national) dialogue – we used to call it “community relations” — as the effort put into being tactically prepared.

But, unfortunately, the blue culture, from top to bottom, works against this — “Cops don’t criticize other cops – even when they’re wrong.”

And it’s not just police who are subject to this code, other important actors in our society struggle with the same problem – transparency versus cover-ups; maintaining the status quo or pressing for continuous improvement. It happens in the corporate world, the medical profession, the military, and other areas of our government.

But if we are to improve things, openness and honesty are essential. And it must happen now!

Unfortunately, many “insiders” believe that to improve something means that what was done in the past was wrong and, therefore, improvement becomes defined as criticism rather than the beginning process of improving operations.

I expect police leaders to speak up. That’s what great leaders do. I know it will violate the code of silence, but I have to tell you that it is the only way our life together in community will improve.

Last week, Joe Klein wrote in Time magazine about the Police Corps; a failed effort in the late 1990s to “professionalize” police through intensive selection and effective training. It was titled, “Corps Values.” What I think Klein was trying to do was to emphasize the importance of emphasizing values in effective organizations like Seals, Green Berets, and Marine Recon (where I once served). But I would have liked to have Klein write more than he did.

“Training was the heart of the Corps. It was full-time residential, a form of boot camp. It was far more physical than routine training–the graduates were superfit–but the mental conditioning was rigorous as well. Indeed, it very much resembled the training the military provides for special operators like SEALs and Green Berets. It was situational: actors and retired cops were hired to play miscreants, and recruits were judged on how well they responded to spur-of-the-moment situations. Even the firing range was situational: it was paintball, and you could easily be ‘shot’ if you made the wrong call. There was required reading about urban poverty, police work and leadership. Recruits were required to mentor troubled boys and girls…”

As many of my readers know, I am not in favor of stressful “boot camp” training for police unless it is specifically job-related (read: not “chickenshit” exercises). In this new era of the body camera as the solution to police misconduct, we must remember the only real assurance for ethical police conduct is the “library” of knowledge and experience residing in an officer’s brain.

That internal library becomes the guide to his or her decision-making and, therefore, a lot of time needs to be devoted to building that library. That’s why I stress a strong, 4-year liberal arts foundation for today’s police officers and the importance of leader who can lead by example — by their values.

Having said that, we need to re-visit what we believe to be the primary values which drive our society (and, at the same time, our police). What do we expect from our nation’s police? (I wrote about this in a recent blog [See it HERE]).

In that blog, I called for a re-check of and refreshing of the values which I believe define the our nation’s police. I went so far as to call for a “stand-down;” a stand-down meaning to hold back, stop what you are doing in order to check on the appropriateness and/or effectiveness of what you are doing.

This needs to happen and happen soon regarding the handling of protest and use of deadly force by police.

“We need a ‘stand down’ in policing today… It’s time to get back to basics and those basics are what we once called community-oriented policing. Let’s dust off those important values and get back to building trust and building it together with those whom we are privilege to serve and to lead. Democracy exists based on the consent of the governed. The same thing applies to policing. Let’s quit talking about the things that don’t matter and start talking about those that do.” (See the full blog HERE.)

Policing a democracy is not an easy task. It’s difficult and messy. Yet police in a democracy must always operate within the rule of law. They must always apply our shared values to the difficult daily tasks of resolving conflict, protecting unpopular people and causes, and always acting fair and respectful to those who at the time are not conducting themselves properly – those who are intoxicated, affected by other drugs, surly, disrespectful, and even violent. That’s what police in a free society do. And those who wish not to do that should not be our police.

So who can perform such a difficult task? I have said this before and I will say it again — only those who are the best of us, only those who are well-educated and well-trained, and only those who know about and can put into practice our closely-held and core values of freedom, individual rights, rule of law, fairness, and equality.

I expect the leaders of our police to be able to effectively and consistently make this argument and then oversee the systems, training, and operational plans that will make this expectation a reality.

Only through the daily practice of those values, these high expectations, in every city, town and borough will high trust and public support of police  become the norm in our nation regardless of a person’s social status, race, gender, ethnicity or national origin.

And when that happens police are respected, more effective and safer.

But high expectations are dangerous. They are dangerous because they challenge the status quo and require us to get out of our comfort zones.