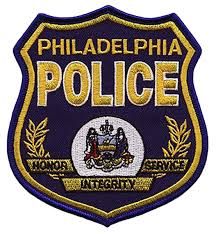 Police gunfire ending in death is sharply down in Philadelphia  as a result of department efforts to reduce the use of lethal force.

At the end of last year, Philly.com reported a significant drop in police officer killings; from 16 in 2012 down to 4 last year. They attribute this to some significant internal changes by Police Commissioner Chuck Ramsey:

Interestingly, this is what I have been preaching about — the importance for police to revisit policies, training, instrumentality, and attitudes surrounding their use of deadly force. It is important for police to be committed to preserving lives — to acknowledge and be committed to the “sanctity” of human life.

Here’s more on the Philadelphia story:

“The request came as a Philly.com news report documented a spike in police-involved shootings despite a citywide drop in crime. In 2012, 59 people were shot, 16 of them killed, the highest one-year tally in a decade.

“Philadelphia has paid more than $2.5 million in the last decade to settle dozens of lawsuits that resulted from shootings by police, records show…

“Already, 2,500 Philadelphia officers – more than a third of the force – have gone through crisis-intervention training designed to help them de-escalate confrontations before they erupt into violence, Ramsey has said.

“Earlier this year, it upgraded its directive governing lethal force to add a ‘sanctity of life’ phrase attesting that the “application of deadly force is a measure to be employed only in the most extreme circumstances…”

Read the entire article HERE by Craig R. McCoy and Dylan Purcell which was posted on  December 17, 2014.