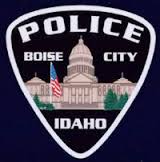 Mike Masterson recently retired after serving a decade as the chief of police in Boise, Idaho. Before going to Boise, Mike served many years with the Madison, Wisc. police and retired as a captain.

During his Madison career he was a leader in Community-Oriented Policing and Quality Leadership. He carried many of those ideas with him to Boise as the following video illustrates. This short video captures much of what I have been teaching over the years about the role of police in a democracy and the importance of true community-oriented policing.

In the past, I have identified a number of police departments that have come to my attention which “get it;” that is, they understand the role of police in a democracy and the importance of being community-oriented and upholding the values of our great nation.