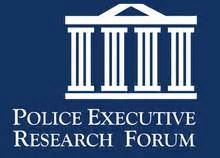 The Police Executive Research Forum (PERF), of which I was an early member nearly 40 years ago  has issued a recent report on “Re-Engineering Training on Police Use of Force.”

While I have been critical of our nation’s police leaders for not standing up and adequately responding to the present crisis involving the use of deadly force, PERF has stepped up to show us a way beyond Graham v. Connor.

It is one of the most important documents PERF has produced in recent years, because it provides guidance on a fundamental issue that is confronting and confounding police:

When I first joined PERF, we were the voice of police professionalism and improvement. I am confident PERF can be so again today. And with this report, we (as I rejoined last year) are on the right track!

It is important to note that while the vast majority of police officers are performing their jobs admirably and courageously, there are certain types of situations that can be improved to reduce the use of deadly force — use of force policies are negotiable with the community being served. This is especially important in situations in which people are behaving erratically, but do not have a gun.

As part of this important study regarding the use of force, PERF called together nearly 300 police executives and other experts to discuss strategies for de-escalating incidents and restructuring training on use of force.

They also surveyed 280 police agencies on their current training programs. And they went overseas to observe force training in Scotland, because they have had great success in handling situations involving mentally ill persons armed with a knife or other edged weapon.

Here are some of the key points in this report which hopefully will help our nation’s police regain the trust which has been lost: