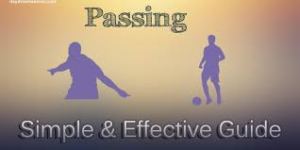 The way forward is being able to craft innovative responses and “pass the ball.”

Ever since President Obama’s Task Force on 21st Century Policing released its report and recommendations a little over a year ago I have urged police leaders to use the recommendations and conduct an internal audit – compare how they are doing with what is being recommended.

That was one of the outcomes of our First Midwest Conference on 21st Century Policing held last fall at the University of Wisconsin at Platteville.

Yesterday, I was encouraged by the efforts of the Madison, Wisc. police department to do just that. They took the Task Force’s recommendations that applied to them (about 30 recommendations) and issued a report on how they were doing (See the full report HERE).

That’s to be highly commended. They now have a document in which they can play “catch ball” with the community. “Catch ball” is a descriptive term we used years ago discuss how ideas and reports can be passed back and forth both internally with department members and with the community at large.

For example, the next step for such a report would be to share it with the community (assuming it has already been “catch balled” inside the department).

In this effort, the police department is literally saying to the community:

During such a process, a police agency can ask various community interest groups for some specific feedback – business, university, various minority groups, and so forth.

This is the character of police who serve a free and diverse democratic society such as ours.

I would encourage police leaders to do an internal audit with regard to the recommendations of the Task Force, “catch ball” a draft report around the organization, get some more ideas, and then “catch ball” it out to the various interest communities within their city.

The way forward in this century will be to move forward, build trust, and continuously improve together. The proper policing of a democracy is the responsibility of each one of us.