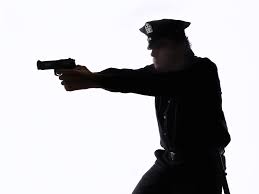 Last year, there were about 1,000 officer-involved police shootings (OIS) and, by all accounts, they continue at about the average rate of three per day.

We continue to receive more documented reports on the number of police officers killed by citizens which range around 150 per year.

Are these numbers too high? Acceptable or not? It is difficult to continue this discussion because we lack the data — either numbers of events or the level of community acceptance or tolerance.

Data-wise, we know more about the deaths of police officers than the former. We still do not have mandatory reporting of OIS in spite of recommendations from many levels that we do. After all, we should know as much about OIS as we do about officers killed in the line of duty (in which the IACP regularly reports).

Nonetheless, there continues to be an abundant flow of videos on YouTube regarding these OIS from both citizen smartphones and official police dash and body cameras.

But let’s now go back to Ferguson. The first of many OIS that grabbed the attention of the nation and the advent of the Black Lives Matter movement.

In many of these OIS events there is a short period of time when the police officer has a “shoot/don’t shoot” decision to make. Sometimes the officer is in a position to change the movement and trajectory of the events — sometimes not.

When I hear about a police shooting I try to classify it by how much time the officer had to make the shoot/don’t shoot decision. Was there time to talk, negotiate, take cover, de-escalate, or even to back off?

There is also another way to look at these deadly interactions. Could the initial approach have been better? What dynamics did the officer initially bring into the contact or actions which may have escalated the incident? What is the police department’s policy and training with regard to uses of force?

Now I don’t know exactly what happened in Ferguson. I have read most of the grand jury report and was not surprised to find conflicting accounts from the two people who were eyewitnesses. By now, most everyone in America has their own opinion of what happened and who was at fault. This, like the O.J. Simpson verdict so many years ago, has separated us.

Could the officer have done better? What was his body language, the tone of his voice? Should he have disengaged and called for backup after, perhaps, encountering initial resistance?

In these incidents I like to think about them by rolling back the timeline. The moment when Officer Wilson and Michael Brown met one another as point zero and the time after that moment as that moment plus. For example, the grabbing and punching as plus 20 seconds, the first shot as plus 32 seconds, etc.

Let’s go back to the time before the physical contact… the time Officer Wilson observed Brown and his friend walking in the street that August afternoon, say minus 35 seconds before the zero point contact.

Yes, maybe the dynamics were such that it could only have resulted in Brown’s death — that he was bent on defying Officer Wilson to the point of disregarding his own life.

Here’s the scenario that perhaps in which we all can agree: A police officer is on patrol and sees two young, black males walking down the middle of the street. It is mid-afternoon on a warm summer day. What is he thinking at this moment? What is going to be his approach? Does he know the young men? Has he had contact with them before? Because what the officer is thinking (and feeling) makes all the difference in the world — a difference, possibly, between life and death.

Scenario one: The officer pulls his vehicle over to the curb and parks his vehicle. Slowly gets out his vehicle he addresses the two youths (casually with a smile?) “Hey, guys, is something going on I need to know? I see you’re walking down the middle of the street is everything okay? I don’t want to see you guys get run over (with another smile).”

But the youths continue walking in street ignoring him…

“Hey guys, I’m gonna get a call pretty soon from someone worried about your safety. Would you please give me a break? Just mozy over a little bit so you don’t get run over. (Officer still remaining very calm) Would you please do that for me? I sure would appreciate it.

Youths: Laugh and move out of the road way. The officer thanks the young men, gets back in the squad car and continues on patrol.

Say it goes another way:

Scenario two: One or more of the two youths are bent on a confrontation with police. They are not going to move. They are defiant. They may be intoxicated or under the influence of other drugs. They swear at the officer and continue walking.

Now is the critical moment. The officer needs to critically think and quickly assess the situation: What are these youths thinking? Why are they acting this way? After all, this may not be behavior in the officer’s training or experience. Something else must going on. Maybe don’t engage too quickly…

The question now here is what is a police officer expected to do? His authority is in the process of being publicly challenged — and one of the youths is a pretty big fellow. They are not moving out of the middle of the street.

At this point, most police trainers would instruct the officer to call for backup, not to push the matter, and certainly not to use the police vehicle as a blocking barrier, use profanity or any negative language toward them — or not to come closer to the young men.

The young men’s response to the officer, not moving out of the street, and seemingly acting defiant, are clues a police officer must take into consideration before taking further action.

This could be a time when discretion is better than taking police action by oneself. Sure, these youths  need some talking to, but why are they really acting this way?  With heightened emotions on both sides this may not be the time show them who’s the new sheriff in town.

Thus I make my argument: