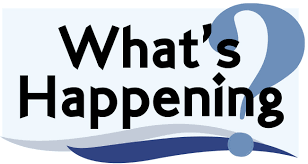 Once upon a time, there was a great city in the land. Its residents were policed by highly-educated, diverse, and progressive police. To many, they were a world-class police department. For many years, the police experienced great trust and support. They were considered to be a model of how to police a democracy. Police from around the nation and the world came to learn from them and their commitment to continuously improve.

But as the years went by, this once great department started to fail and no one noticed. They rested on their past and the great amount of trust and support they had built up with those they served. They failed to realize that to staying in place was to fall behind.

One night, a young, unarmed, intoxicated white man was shot and killed by police in an upper-scale city neighborhood of the city. The neighbors were shocked and questioned the necessity of the police having to kill the young man. Some of them witnessed the shooting. They wondered, don’t police in a college town know how to handle drunken youths without having to kill them? Why did this happen? Within a few months, the officer involved in the shooting was exonerated by both the district attorney and the police department. There was no video account of the shooting.  Many citizens protested and they formed a committee to respond to the shooting. Behind the scenes, the city paid the family of the young man over $2 million to settle a liability claim.

Within a year, another man, in the same neighborhood was shot and killed. He, too, was intoxicated. He was acting  in an aberrant manner and fled when the officer approached him. He ran into a building where he was shot multiple times. This time there was a video at the end of the incident; the officer shooting at the youth’s prostrated and partially hidden body. The district attorney and police department again exonerated the officer involved. This time the young man was black and the citizen’s committee, along with the family and friends of the young man, cried out in great agony and public protest.

The people of this great city asked the police chief for an answer to the question, “What are you going to do to make sure these kind of shootings do not happen again?” The chief responded by saying the department’s use of force policy was legal, appropriate, and “non-negotiable.” This raised further tension in the community.

Soon, a national group of educated police leaders called for  raising the low standard of deadly force currently being used by the nation’s police. They called for police to actively train in methods to de-escalate encounters with disturbed, intoxicated, or mentally ill persons without having to take their lives.

Back to this city, the apparent lack of response from the police chief to these national reports and their recommendations, the citizen committee, along with elected city officials, called for a study of the police department. It was apparent they saw this as a way to force the police to review (and improve) their use of force policies, training, and leadership.

The police chief was new to his position, having been a first-line supervisor before his appointment. He had no experience in top management. Many believed that his education, stated values, and long tenure with the department would make him a good chief.

He started out well, said the right things, but when community members would question or criticize him, his response was with anger, sarcasm, and often “bullying.”

The new chief did not want the elected officials to fund a study of the police because, he said, the city could not afford it contrary to what the city’s comptroller stated. Shortly before the meeting of elected officials to vote on the study he wrote a scathing, threatening blog to them

During the city council meeting that week, the chief was intemperate, sarcastic, and angry. He threatened to walk out of the meeting, and failed to understand that a police officer, angry and armed with a firearm, could be intimidating to those who might choose to vote against his stated wishes.

Some people now are asking who’s helping the chief? After all, he’s new to his job. Can’t the mayor or other professionals in the city coach him? How about the commission who hired him?

At least one other police leader tried to counsel him. One retired chief, whom the chief identified as his mentor, had no luck with him and was met with anger and an unwillingness to meet when he offered to be of help.

Some people are even saying the chief must go –- that he obviously is emotionally ill-suited to be the leader of the great city’s police in this time of crisis and need for improvement.

Others see the chief as a nice person, holding strong values, and wish to give him a pass on his recent outbursts. Nevertheless, the question of character arises.

There is, incidentally, a proven way forward, but will the chief accept it? This way is for him to understand how anger is not an effective leadership characteristic, that public criticism comes with the job, and he must learn to listen without anger and understand that criticism often contains important truths.