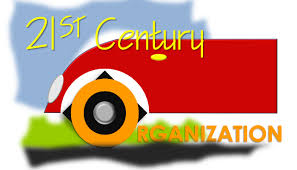 Modern, 21st century policing is CONSTITUTIONAL; that is, police protect the civil rights guaranteed by our Constitution and especially its Bill of Rights, with particular attention to the 1st and 4th Amendments [1].

Modern Policing is JUST AND RESPECTFUL, that is, police practice these critical dimensions with those whom they come into contact:

Modern Policing is CONNECTED; that is, the department and its employees Arre are committed to working closely with the community it polices. They see themselves as co-workers with the community in preventing and properly responding to crime and disorder.

Modern Policing uses FORCE JUDICIOUSLY; that is, police see themselves carefully, wisely, and proportionally approaching situations in which physical force may be necessary. They practice “Peel’s Nine Principles of Policing”[3]; especially these three:

Recently the Police Executive Research Forum (PERF)[4] along with 200 police chiefs across America issued the “30 Guidelines for Police Use of Force[5].” The first four guidelines plus number six are critically important for the controlled use of force and the re-building trust in our nation’s police:

Modern Policing is TRANSPARENT AND ACCOUNTABLE; that is, without compromising on-going investigations, police are to be publicly open in their actions, their policies, practices, discipline, and training methods — and when and how often they use force. Within that transparency is the high expectation that police will be accountable to the citizenry in their actions, activities and practices and conduct collaborative policing practices that are close to the people served and able to listen to the voices of those served.

Modern Policing is CURRENT USING “BEST KNOWN METHODS” of policing, committed to continuous improvement, following and applying research regarding effective policing practices, and implementing the recommendations of the 2015 President’s Commission on 21st Century Policing.[7] A modern police organization is also a learning organization that is committed to teaching others how to improve and achieve.

[1] Amendment I: Congress shall make no law respecting an establishment of religion, or prohibiting the free exercise thereof; or abridging the freedom of speech, or of the press; or the right of the people peaceably to assemble, and to petition the government for a redress of grievances. Amendment IV: The right of the people to be secure in their persons, houses, papers, and effects, against unreasonable searches and seizures, shall not be violated, and no warrants shall issue, but upon probable cause, supported by oath or affirmation, and particularly describing the place to be searched, and the persons or things to be seized.

[3] 1. The basic mission of police in a free society is to prevent crime and serve as an alternative to military force and repression. 2. The ability of police to fulfill their mission is dependent upon community approval and respect. 3. Police must secure the willing compliance of the community and their voluntary observance of the law. 4. Cooperation from the community is inversely related to the amount of force police use to accomplish their mission. 5. Police must be impartial, service-oriented, courteous, friendly to all community members, and willing to sacrifice themselves in the protection and preservation of life. 6. Physical force is to be used only when persuasion, advice, and warnings are insufficient. 7. Police are to be recruited from the community and the community is, in fact, the police. Both police and community members are responsible for the welfare of the community. 8. Police are not to judge, convict nor punish; that is the role of the judiciary. 9. The effectiveness of police is to be measured by the absence of crime and disorder in the community, not by their activities and actions. (Revised by author.) See original: https://www.durham.police.uk/About-Us/Documents/Peels_Principles_Of_Law_Enforcement.pdf