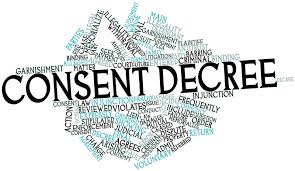 This is a story about two White boys in America: one grew up in the South, the other in the North. One studied law and became a politician, the other studied sociology and became a cop. One joined the military reserves, the other served on active duty in the Marines. One was born a few years after World War Two, the other just before the war. So, when it comes to government, civil rights, justice, race, and improving police, why do they see the world so differently?

I am the boy who became a police chief. As a young man, I watched things happen in the other boy’s city – Selma. That boy was raised and educated in Alabama and now serves as our nation’s top lawyer. He says he is against federal oversight when a state or city has a pattern of abusing the Constitutional rights of its citizens. He says these interventions demoralize our police. I say they are necessary since most police departments in the past have not been able to engage in self-regulation or continuous improvement.

As a concerned citizen and former police officer, I am all too aware of the shadow of Jim Crow in our nation’s system of criminal justice. In my career, I saw too many police officers serve their upbringing and culture over our Constitution. I remember George Wallace, Jeff Sessions’ governor in 1963, block the entrance to a high school to prevent two Black children from entering and getting a decent education. I remember his vitriol, “Segregation now, segregation tomorrow, segregation forever!”

Jeff Sessions was 17 years old when that happened. I know what I felt when I saw Wallace’s racist behavior. Was Jeff as outraged as I was? Was he as determined as I was that we would be the kind of law enforcement officers who would stand up and protect the rights of those children? After all, wouldn’t an “originalist” interpretation of our Constitution agree that the Bill of Rights applies to everyone, Black or White?

I wasn’t in Little Rock or Selma. But it doesn’t matter today where we grew up or what we once thought about Black people. What matters today is how we are going to act towards them – and assure them the same rights we Whites have always enjoyed. And when we don’t, when we act contrary to our Constitution, we fracture the law and what it means to be an American. Those who disregarded those laws in the past soon found themselves standing before an inquiring federal judge.

The issue today is no longer about Jim Crow and local laws which prevented Black citizens the right to a quality education or to vote in an election. Today, it is about individuals’ rights to be safe in their persons; to be free from false imprisonment, illegal searches, or unreasonable use of force by law enforcement officers.

As a lawyer and police officer, Jeff Sessions and I both took an oath to defend our Constitution. We both know that Justice is to be blind and fair. We both have seen and experienced 50 years of our nation’s civil rights history and we should be aware of three national studies to try and improve policing: President Johnson’s Commission in 1967, the Kerner Commission the following year, and President Obama’s Task Force in 2015.

As a police leader and academic, I must say that most of the recommendations of these three commissions are yet to be implemented. They had great ideas from some of the best practitioners and academics in our society, but I learned a good idea has a hard time becoming a police practice.

In the early days of the Johnson Commission, some young cops like me took this report to be our “marching orders.” We read the recommendation to better police-community relations and carried it forward into today’s concept of Community-Oriented Policing. We diversified our departments. We pressed for more college educated cops. We knew we could do better; could be champions of our Constitution, and assure the fair treatment of all Americans regardless of their race, gender, ethnicity, or national origin.

Did Jeff Sessions learned the same things I did along that half-century road? Will he come to understand that the best way to police a democracy involves accountability, oversight, and respectful fair treatment of those in our society who have not been respectfully and fairly treated in the past? Or will he cater to a few in the ranks who protest such measures because they limit their accountability and action?

If we ignore the cries of those who have been victims of police misconduct, and the Justice Department does not intervene on their behalf, we will never rebuild the lost trust and support of our police that is so needed for police to lawfully and effectively do their job. If the federal government did not intervene in state’s matters in the past when murders of civil rights workers went unsolved, Blacks prevented from registering and voting, and the so-called “separate but equal” doctrine prevented them from getting a decent public education, where would we be today?

There has been, however, a series of bright shining examples. When our nation’s Department of Justice steps in and holds a police department, city, or state accountable whenever a pattern of Constitutional misconduct is found bad practices seem to diminish.

In my opinion, these consent decrees are, so far, the best way to help a lagging police department improve. The reason is sustainability; mayors and police chiefs come and go, but the federal court remains to oversee the decree. One might say that is the job of leadership, and I agree, but this kind of leadership is often lacking in our nation’s cities.

During recent years, consent decrees have been implemented in 20 cities. Overall, it is safe to say that progress is slowly being made. This has occurred in Los Angeles, Seattle, and other cities interested in getting help from the Department of Justice.

During the last presidential campaign, the Fraternal Order of Police (FOP), the nation’s largest police union, lobbied Donald Trump to overturn the Justice Department’s use of consent decrees. They feel it undermines police authority and is unnecessary. It doesn’t and it isn’t. Those who should be queried as to the effectiveness of these consent decree should be asking those who most often have contact with police. They may have a different view.

Since Ferguson, many of our nation’s police chiefs are either hesitant, unwilling, or unable to rebuild the trust which has been lost by racial misconduct in their departments. They are pressed by both politics and activist union members. Consent decrees are the best tools to encourage and help police improve and rebuild trust.

We must keep this improvement tool until the time it is no longer needed. That is certainly not the situation today; a time in which many Americans are unable to exercise the “inalienable” rights guaranteed to them by their Constitution; including the right not to be harmed because of improper police conduct.

Two White boys grew up in two regions of America, one became our nation’s top cop, the other a retired police chief. For both men, one document holds authority regardless of how they were raised, the attitudes about race they acquired, or the privileges they received simply by being White and male in America. It is now time to make sure the advantages both Jeff Sessions and I acquired are available to everyone – that’s what a consent decree can do.

And that’s why America is special and it’s what makes us great!