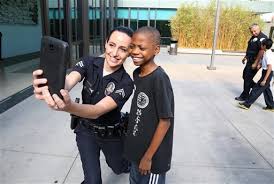 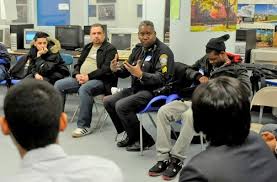 WORKING TOGETHER: QUALITIES OF POLICE IN A FREE AND DEMOCRATIC SOCIETY

[Note: This statement was originally developed in July, 2012 and was directed to present and former chiefs of police. However, since that time and in the spirit of cooperation and collaboration, it has been broadened to members of elected officials and other members of the community.]

We are two former chiefs of police who are inviting our nation’s police and community leaders to support twelve specific qualities necessary to properly police a free and democratic society.

David Couper began his career as a police officer and detective in the Minneapolis Police Department and then served as chief of police in two departments, Burnsville, Minn. and Madison, Wis., for over 25 years. Michael Scott was a police officer in Madison, Wis., and went on to serve in various administrative positions in the New York City; Ft. Pierce, Florida, and St. Louis Metropolitan police departments and then as chief of police in Lauderhill, Florida. Together, we represent two generations of American policing.

David retired a number of years ago and pursued a career in pastoral ministry and has recently written a book about his police career in Madison and improving police. Michael continues in the criminal justice field as a clinical professor at Arizona State University and director of the Center for Problem-Oriented Policing.

Even if you do not know who we are, we would like you to know that we have devoted a good share of our lives toward improving the police profession through practice, management, writing, and teaching. We care about police. Now we feel the need to set forth a description of the critical qualities of policing in a democracy. And we ask you to join us in this grassroots effort to articulate our professional values.

We believe that police can be leaders in our nation by modeling and protecting our democratic values. We know police can do something about crime when we work collaboratively with those whom we serve. And our police chiefs and civic leaders can support or initiate a new kind of modern leadership within our ranks that respects the men and women we are privileged to lead and listens to their good ideas about how we can improve policing.

We believe we are at a moment in our nation’s history when police and civic leaders need to stand up and define who we are, what we do, what it is we are trying to accomplish, and above all, to what values we are committed.

We have drafted the statement below that articulates those qualities of policing that we believe are essential in a free, open, and democratic society. We invite you to read the statement and, if you agree with it, to endorse it by signing your name to it.

We are indebted to the police scholars, police officers, professional police associations, police unions, lawyers, elected officials, and citizen advocates who have also shaped our profession’s values, but we envision this statement coming from not only the men and women who now serve or have served as police chief executives, but also those of you who are civic leaders and activists.

At this time, we have no objective or plan for this statement, other than to make it. We have no political or personal agenda, only a professional one. If you choose to endorse the statement, we ask that you do so on the assumption that this is an open and public document, one with which you would be proud to be publicly associated. If it turns out that many police and civic leaders sign the statement, we might well consider issuing a press release about it and/or inviting various professional associations to make what use of it that they can in their own work. And, regardless of what we do with it, we invite you to use it as you see fit within your own agency and community.

Thank you for taking the time to read the statement and to consider endorsing it.

Qualities of Police in a Free and Democratic Society

We the undersigned, police, civic, and community leaders, know that policing a democracy is a difficult business. It is mainly so because the government assures its citizens certain rights that limit, and even challenge, the power of the state. This is especially evident in assuring those who live in a free society the right to protest, to be secure in their persons and homes, and the right of due process.

In establishing our nation’s Constitution, the founders wrote they were doing so “to form a more perfect union, establish justice, insure domestic tranquility, provide for the common defense, promote the general welfare, and secure the blessings of liberty.” Although set forth nearly four score years before the establishment of the first American police agency, these aims could well be understood as the foundational statements of our system of policing. To a large extent, the American police institution exists to advance these goals and help society honor its social contract. Therefore, the quality of a democracy is heavily dependent upon the quality of its police.

Since 1829 when Richard Mayne, Charles Rowan and Robert Peel first proposed principles of policing for mid-19th century London, principles which continue to shape American policing, we believe there is ever a need to revisit these first principles and to reaffirm or adapt them, as appropriate, for the present times. Those original principles are paraphrased as follows:

In our own country, several major efforts sought to clarify the police function and to set broad standards for our nation’s police. Each effort responded to widespread public concern about crime in America and the police role in addressing it.

The 1967 President’s Commission on Law Enforcement and Administration of Justice described the complexity of the police function, the need for police to improve their relationship with the public, the need to improve the quality of police personnel and training, and the need for police to operate with greater restraint under the law. The 1973 National Advisory Commission on Criminal Justice Standards and Goals’ Report on Police extended the President’s Commission’s work by publishing more specific police organizational standards..  The 1971 American Bar Association’s Standards Relating to the Police Function, jointly developed and endorsed by the International Association of Chiefs of Police, were especially helpful in articulating the broad and sometimes conflicting policing objectives. In summary, they are to:

Since police- and victim-reported crime rates peaked in about 1980, they have fluctuated and then, beginning in about 1990, steadily and dramatically declined to their present historically low levels. History tells us that unless fear of crime becomes a major public concern (or, more recently, the actions of some police since the events in Ferguson, Missouri, little attention is paid to our nation’s police and to what they are or are not doing, and little effort is put forth to improve the institution.

However, this past year, President Obama convened at national task force to address and make recommendations for the improvement of our nation’s police.

While discussing our core policing principles is best done in an atmosphere that is not clouded by a national sense of alarm, some things need to be said now. While our country’s police are presently challenged on one hand by increasing demands upon them to address such issues as terrorism, illegal immigration, response to public protest and use of deadly force, and on the other by declining fiscal resources, the relatively low crime rates allow some greater space for public discourse about the police role in society.

Equally compelling is the need to reconcile core principles of democratic policing with the fast-evolving nature of information, forensic, and surveillance technology, not the least of which is citizen use of smart phone technology to record police actions and arrests. Out of concern that our nation’s police are undergoing a slow and persistent erosion of trust, fairness and accountability, we believe it is time to state clearly what it is police should do and be in our society.

The following 12 qualities of democratic policing set forth a template that police as well as citizens and their elected representatives can use to evaluate the police institution and, if found wanting, use to guide the quest for continuous improvement.

This statement of principles is not intended to be critical of our nation’s police but rather to help all of us clarify the nature of the police function, public expectations, and the central importance of the police role in a society that professes to pursue justice fairly, equally, and without bias.

Qualities of Police in a Free and Democratic Society

Police recognize the nature and extent of their discretionary authority and must always be accountable to the people, their elected representatives, and the law for their actions, and be as transparent as possible in their decision-making.

Police must be able to collaborate, as appropriate, with community members and other organizations in settling disagreements, choosing policing strategies, and solving policing problems. This collaborative style must also apply to the way police departments are led and managed. This means police leaders must actively listen to their officers and work with them in identifying and resolving department and community problems.

All police officers with arrest powers should begin their career with a broad and advanced education in the sciences and humanities. Training should consist of rigorous and extensive training courses in an adult-learning climate that teaches both the ethics and skills of democratic policing.

The mark of a good police department and the officers who work within it is that they continuously seek to handle their business more effectively and fairly, emphasizing preventing crime and disorder and not merely responding to it, and applying research and practical knowledge, using problem-solving methods, toward that end.

Honesty and good ethical practice are essential. The search for and cultivation of these traits begin with the selection process and continue throughout an officer’s career. Only those police candidates who have demonstrated good decision-making so far in their lives should be selected.

The police role is, above all else, that of community peacekeepers, and not merely law enforcers or crime fighters. Their training, work, and values all point towards the keeping of peace in the community. As gatekeepers to the criminal justice system, police must see themselves as defenders and protectors of Constitutional and human rights, especially for those who cannot defend or care for themselves in our society.

The members of police organizations must be demographically representative of the communities they serve, both because it reflects fair employment opportunities and because it enables the police to be more effective in achieving their objectives.

The preservation of life should be the foundation for all police use of force. Police officers should continually prepare themselves to use physical force in a restrained and proper manner, with special training in its application to those who are mentally ill. Deadly force should be used only as a last resort and only when death or serious injury of the officer or another person is imminent. Less-than-lethal force should be preferred where possible.

Every police officer, regardless of rank, must simultaneously be a good leader and a good servant, to the public and to the police organization. Servant leaders use their authority and influence to improve others’ welfare.

Although some bias is inherent in human nature, police officers recognize that they can and should train themselves to reduce their biases and deal with all people fairly and without regard to their race, ethnicity, gender, socio-economic condition, national origin, citizenship status, or sexual orientation.

If you are in agreement, we ask you to CLICK HERE and electronically sign the above statement.

On this we stand!

iThere are no comments