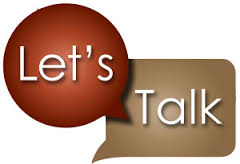 Continuing “Intergenerational Conversations in Blue” – No. 7 of 9

Exchanges About Police Uses of Force and Community Relationships

Enough time has passed.  We can no longer issue everyone a pass whereby they get to say anything they want without challenge.  For a frank discussion to take place, the rules must be equitable.  We should listen and learn and hear, but we should also question and point out when a person’s words are inaccurate or serve only to cause pain.  Because I am feeling pain, is not an excuse to cause pain to another.  You clearly disagreed with Baltimore Police Commissioner Batt’s words to his officers.  I understand this.  Your post displayed your disagreement…

[Scenario: A subject has violently assaulted multiple people outside of an occupied college dorm before running inside to continue the assault.]  You arrive first and somehow know that backup will arrive in exactly 20 seconds.  Do you go in?  Do you go in with one set of facts, but not in a slightly different version?  In all of your time as Chief of Police, can you definitively say that each and everyone of your officers would have responded exactly the same in this set of facts?  In all of your time as chief, did you ever discipline an officer for choosing a suboptimal tactic when the outcome was positive?  If the subject in his revised scenario was intent on causing harm to others inside, how many subjects could he harm and to what degree in 20 seconds?  Can we ever say that under no circumstances should an officer choose to enter in this scenario?  I know of no police leader in this country who would be willing to say this.

You appear to speak only to your base.  Leaders do not have this luxury.  We should not abandon our officers and you should not abandon our profession.  An officer in the [scenario] described faces a litany of choices influenced by a multitude of factors.  You know this.  No two calls are exactly the same.  We cannot accept the oversimplification of human encounters by Sunday morning quarterbacks.  What would you say to the parents of a student who was killed by the assailant during the 20 seconds that you waited for back-up?  Let’s stop making this out to be more simple than it is and let’s stop giving everyone except police leaders a free pass.

This is a challenging time and we should expect a great deal for our police departments, police leaders and from our citizens who choose to serve as police officers.

These individuals should also be able to expect something from us.  In the event that they respond to a call, and face a decision point that presents a multitude of options, and they perform in a manner that is found to be consistent with the law, our policy, and the state’s training standards, we will stand by them.

From your posts, it appears that your leadership approach to this situation would be to cut ties and go back on your commitment to an officer.  Have you ever, in your career, acted on your own, prior to the arrival of back-up?  If so, did it always turn out one way?  Your approach is hurting officers and making them not want to listen. We are listening.  Are you?

What’s a stake in America today is the ethos (the operating attitudes) of our nation’s police — not so much the policy and training (though they are important); ethos is the characteristic spirit of an organization’s culture as seen in its beliefs, aspirations, customs, and practices. So I would propose this: What are the governing attitudes (ethos) of police today? Have they changed?

What is needed is a change today in that ethos, those attitudes if they do not reflect where we want police to be. (Is this not the core of the guardian v. warrior discussion?)

Let me provide an example: In March of 1991 I was the chief of police in Madison, Wisc, when the police assault on Rodney King went viral due to, yes, a person with a video camera (familiar?).

The very next day, a number of my officers came to me and were obviously upset by how police were being characterized as a result of that beating being in the daily newspapers and on television.

They requested that I say something. So I did, I quoted my officers who said to me that if that started to happen one of them would have stepped in and stopped it. “That beating,” they said, “is not us — not who we are!”

Fast forward three decades which included the terrorist attacks in 2001, over two decades of war, questionable police strategies (like “Broken Windows” and CompStat which also stressed numbers, the Drug War and growth of SWAT team usage) and you have the perfect storm which slowly, but surely, changed the neighborhood police strategies of “guard, protect, solve community problems” to military and occupational style of policing primarily poor communities of color.

In thirty years we have moved from batons to bullets: Rodney King was severely beaten, but he lived. Not so for many who resist and threaten police today.

I so concerned about this because police trust and support are essential characteristics to a fair and effective police in our nation. They are also necessary in order to safeguard our police. Mistrust, disrespect, and lack of support are primary causes of police deaths and injuries. Why did Freddie Gray run in Baltimore? So he wouldn’t (again) get beaten up by Baltimore police.

I am also concerned because the very nature of a democratic society such as ours is that is must work for everyone, not just a few. The hallmark of a free society is that it cares for those who are most vulnerable – such as the poor, those homeless, mentally ill, and without employment. Dr. King reminded us that “No man is free until all men are free.” Freedom is when a society works for everyone. The fabric of our society can easily be ripped apart by our failure to understand and act on this.

It is precisely why “black lives matter.” It is African-Americans who disproportionately have contact with our police in terms of being stopped, arrested, or having force used on them. The quality of those interactions matter.

So when I hear “white lives matter, too!” I can certainly agree. But it is not whites who are being disproportionately contacted, arrested, and physically abused by police – it is blacks. I would suggest that should that ever be the case, that whites would be the major focus of our nation’s police, we would not be where we are today concerning the police trust gap.

Maybe you don’t understand my strategy. It’s not about who is factually right or wrong. It’s far beyond that. We are dealing with perceptions – strong ones — one side feels oppressed and the other unfairly criticized. Where to from here? Police have the power. They are the people who must stand up, take some heat, and then LEAD forward.

What has been learned about conflict and its management recently is not moving to find out who is right and who is wrong, but for both sides or parties to be able to sit down together and generously listen to the story of the other person.

And that’s what leaders do; they facilitate this exchange, and, afterwards, address the fear, any misunderstanding, and attempt to create a new future together.

This is no time for arm-wrestling points about who said what to whom and what I (or any other person) am going to do about it. It is, rather, about showing a possible way forward.

The future of people of color and their allies will not be secured by defensiveness but ultimately by positive actions and the ability of those in power (police) to starting building trust one contact, one day at a time.

I do value our exchanges and where you think I am wrong. Few have been willing to do so. I remain open and willing to continue to listen.