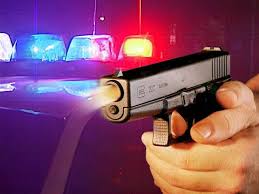 I keep on looking for a community that is courageous enough to have a deep and transparent conversation with their police about how force is to be used.  While most citizens (read “white”) may not feel they have a stake in this discussion, many other citizens do; especially those among us who are advocates for the mentally ill, youth workers, and citizens of color.

In the following narrative, I attempt to point out the various positions on this important matter. For in our great society, how and when police use force to accomplish their mission is vitally important to everyone.

How might this be accomplished? Well, it might be led by a wise police leader, a caring mayor, a compassionate youth advocate, the parent of a mentally ill child, or the local chapter of the National Alliance for the Mentally Ill (NAMI). It really doesn’t matter who leads it, the important thing is that it happens; that you and your city engage in this discussion and it be open and transparent.

Has any community out there done this? Has anyone been strong enough to push back against a police subculture that often resists inquiry or direction? Will you require your police to modify and improve their policies and training in order to achieve a safer and more just place for you, your neighbors and loved ones?

This necessary community-wide debate/discussion needs to happen in each town, city and county in America.

To begin, I agree with the PERF guidelines (2016) which call for raising the USSC Graham v. Connor (1989) standard for police use of deadly force. As they say, it may be lawful for police, but it sure is awful for everyone else.

My opinion is that Graham should be the standard only to determine whether or not a police officer should be charged with a crime. This is not unlike years ago when many of us who were leading police departments decided, with much community input and support, that we would, by administrative rule (policy), prohibit our officers from using deadly force to apprehend fleeing, non-dangerous persons. At the time, many of our states had laws permitting police to use deadly force in these situations. Consequently, the USSC finally determined some years later in Tennessee v. Garner (1985), that police could not use deadly force in the apprehension of a non-dangerous felon. (Example: a teenager who stole a car to what was called “joyriding.”)

I view the Graham decision in that same light; that is, the law may permit police to use deadly force in fearful, “reasonably objective” situations, but the community may want their police to use deadly force only, for example, when it is a “last resort,” an “absolute necessity” (the E.U. standard). They may want their police, if possible, to slow-down, take cover and de-escalate these situations and try first to save a life.

The community may also want their police not to use deadly force in response to “stand-off situations” where a person is threatening police with a knife or a club. Instead, police in these situations would be encouraged to use methods other than a firearm to defuse and control the situation. (I have written about this in the past: for example, using shield and six foot “bo staffs” to take down a threatening person with a knife or club, encompassing nets, electric control devices, chemical agents, etc. In short, to encourage police to be more creative and less deadly in their applications — a broken knee is better than a lost life.)

In these situations, if police officers did not follow department policy and training and used deadly force, they most likely could be exonerated by the DA under Graham, and yet disciplined, even fired by their department.

I think that’s the rub existing today between police and members in their community who have lost loved ones to officer-involved shootings. In many instances, they believe police could have used a lesser degree of force. (I want to make it clear, however, that persons who point firearms at police will, in most instances, be assuredly shot.)

The ultimate question boils down to this: what are the situations in which you want your police to use deadly force? You do have a voice in this! And it most certainly can and should be a matter of open, public discussion.

Police, understandably, want it both ways; to use Graham as way to avoid legal penalties and also to fend off internal discipline. However, the people, not the police, should be the final judge on this important and essential public issue.

Has your community had this discussion? If not, they should.

The following commentary and links have been provided by my friend and researcher, Dr. Greg Gelembiuk, in response to my offer to further the dicussion with some current examples.

“Among other things, I’d like to see a provision like that in Philly [Philadelphia PD] deadly force policy: ‘Police officers shall ensure their actions do not precipitate the use of deadly force by placing themselves or others in jeopardy by taking unnecessary, overly aggressive, or improper actions. It is often a tactically superior police procedure to withdraw, take cover or reposition, rather than the immediate use of force.’

“Seth Stoughton has noted the value of such language – holding officers responsible for tactics and decisions leading up to the use of force (rather than just the split second when the shooting decision was made).

“Also, of value would be policy language requiring officers to reassess the situation after each firearms discharge (before proceeding to fire additional shots). e.g. this is language from draft policy passed by the San Francisco Police Commission in June, 2016*:

“‘The above circumstances (2.a, i-iv) apply to each discharge of a firearm or application of deadly force. Officers shall reassess the situation, when feasible and safe, to determine whether the subject continues to pose an active threat.’

“I’d also like to see the word ‘imminent’ replaced by a term that’s more restrictive and less subject to arbitrary interpretation: ‘immediate’. Many departments, including Philly and San Francisco, use ‘immediate’ rather than ‘imminent’ (in Philly’s case, this was one of the changes recommended in the COPS collaborative review).

“I’d also like to see proportionality language, along the lines of:

‘It is this department’s policy to accomplish the police mission with the cooperation of the public, with minimum reliance upon the use of physical force. When force is needed, the force used shall be in proportion to the threat posed.’

“’An officer may not discharge a firearm at, or use deadly force against, a person who presents a danger only to him or herself, and there is no reasonable cause to believe that the person poses an immediate danger of death or serious bodily injury to the officer or any other person.’”

*A bit more detail on the case of San Francisco and the principle of reasessment: In February, 2016, SFPD adopted training rules to shoot only two rounds, then to stop and reassess before firing further shots. On June 22, 2016, the San Francisco Police Commission voted unanimously for a draft  use of force policy (a section of which I quoted above) requiring officers to reassess the situation after each discharge. On December 21, 2016 a finalized policy was adopted. The language in the “(2.a.i-iv) apply to” sentence was moved to the header of the section for clarity (“The circumstances below (2.a.i-iv) apply to a discharge of a firearm or application of deadly force“) and the reassessment sentence (“Officers shall reassess the situation, when feasible and safe, to determine whether the subject continues to pose an active threat“) remained in its original position. The intent of the policy remained that officers be held responsible for individual discharges, as opposed to merely the decision to begin firing.