The following is an “alternate view” to my view that police use of deadly force is a problem. I comes from a friend an colleague at the University of Wisconsin Department of Criminal Justice at Platteville. Prof. Pat Solar responds followed by my comments to him.

“At the risk of being labeled a former police chief who just doesn’t ‘get it’ I’m going to weigh-in on the perpetual rhetoric on the need to raise police use of force to a higher standard.

“While we can certainly all agree that when a police officer is compelled by circumstance to use deadly force it is a tragedy, both for the target of the force and for the police officer himself or herself. However, I take issue with the premise that “raising police use of force to a higher standard” is based upon. That premise seems to be that there is an epidemic of police use of force-police violence-in this country, in other words ‘a police” problem.

“Modifying police use of force policy by insisting that officers exercise restraint in dealing with objectively threatening and dangerous individuals comes with enormous risk. Not just risk to the officers themselves, but to the community, to the police agency, and to the municipality. This risk comes in the form of injury and death to the police officer(s) involved and in the form of civil liability-law suits, something that wise police chiefs, city managers, and competent public officials try to minimize whenever possible.

“Raising police use of force to a higher standard is a noble goal. Progressive and practical police chiefs have recognized this for decades and have already incorporate the following elements of this goal into their operating procedures:

• A duty to intervene if officers witness colleagues using excessive or unnecessary force;
• Requiring officers to render first aid to subjects who have been injured as a result of police actions;
• Prohibiting use of deadly force against persons who pose a danger only to themselves; and
• Specific limits on shooting at vehicles.

“The push to do more under the premise that there is an epidemic of police use of deadly force means the need to incur additional costs to off-set the increase risk that this impetus creates. The very real and practical considerations for a municipality include the following:

“First, how much more do they need to spend on police training to try and avoid the very infrequent tragedy of a police deadly force encounter? This question assumes that any given situation stands a chance of being avoided in the first place, most are unavoidable.
Second, how much more is the municipality willing to spend to defend themselves against the multitude of complaints and lawsuits that will result from alleged departures from these ‘higher standards?’

“All of this has to be paid for with real money. Who will stand-up and proclaim that their taxes need to be raised to support these initiatives?? Or, what programs should be cut and eliminated at the municipal level in order to shift money to these initiatives?

“These costs need to be acknowledged by anyone seeking to further undermine the rule of law by advocating such an unrealistic approach to police use of force because the premise that this action is based upon is completely FALSE. There is no epidemic of police use of force and no ‘police problem” that needs to be solved.
Over the past thirty years of my experience the willingness to use force and the actual occurrence of police use of force, especially deadly force, has gone down dramatically. Never before in history have officers been so reluctant to use force that they now suffer injury at the hands of those who seek to injure themselves-suicide by cop-or those who hate and despise the police because they are viewed as agents of an unjust and corrupt system, or those who refuse to do what the police tell them to do because they just ‘don’t want to.’

“Between the years 2005 and 2008 the percent of residents who actually had any contact with the police in enforcement situations and experienced the use or threat of force by police dropped from 2.3% to 1.9 %.

“An estimated 776,000 persons experienced force or the threat of force by police at least once in 2008 (table 17). This total represented an estimated 1.9% of the approximately 40.0 million people experiencing face-to-face police contact during 2008. (p.11)

“So, for those few who were actually confronted by the police for alleged unlawful conduct the number reporting any use of force dropped significantly, hardly data that supports the current perception of a ‘police problem.’ In any case, we are contemplating a major change in public policy that will dramatically increase costs to the public-our communities-and it will only impact 9 million people out of 320 million or 2.8 % of the U.S. population.

“What are some additional facts on police use of force?

“Known with substantial confidence is that police use force infrequently. The data indicate that a small percentage of police-public encounters involve force.

“What do we actually know about police use of deadly force?

“Use of force is more likely to occur when police are dealing with persons under the influence of alcohol or drugs or with mentally ill individuals.

“And, asmall proportion of officers are disproportionately involved in use-of-force incidents.

“Where should we be focusing our attention given the premise that police use of force is a serious public policy concern and that officers sometimes use excessive force? How can the police function actually and realistically be improved?

“Based on the fact that use of force incidents are most common in the context of drunk and mentally ill individuals; first, develop and mandate progressive police training programs in those areas. Second, identify those behavior characteristics common to those officers who use force disproportionately and manage that risk; early warning systems, remedial training, re-assignment, discipline, etc.

“The key is to do everything reasonably possible to avoid these tragedies-increasing risk without benefit is not reasonable or responsible public policy. Knowing full-well that the police represent the first line of defense against those who seek to do us harm their decisions cannot be judged with 20-20 hindsight because to do so represents a profound injustice for the police themselves, something that the court clearly recognized in the Graham v. Connor decision.
Here is a nationally recognized expert on police risk management speaking about the PERF report. This is the person major cities call on to defend them-the citizens of the community-in civil suits involving police use of force.

“As for the latest PERF publication, ‘Use of Force: Taking Police to a Higher Standard,’ the document is a continuation of the politically motivated, irrational and unrealistic approach to use of force that was presented at the conference in May 2015. Perhaps this lack of understanding is based on isolation in academia, or perhaps it has to do with a pure political agenda. It certainly is not premised on any concern for the safety of law enforcement personnel or even for the law abiding citizens that are in need of the assistance of law enforcement protection. Law enforcement officers must be confident in their actions as they respond to situations which require split-second decisions in life threatening circumstances. Hesitation and doubt, coupled with fear of potential consequences, are seriously problematic in such circumstances. The decision-making process and the choices officers face are tough enough without adding the ridiculous and impossible criteria proposed by PERF. (O’Linn, Missy, 2015)

“The fact is that the police are not an entity unto themselves, they are an entity that owes their existence and loyalty to the communities that they serve; the whole community, not just a loud and vocal minority within it. The police reflect the attitudes, point-of-view(s) and biases of their community, this is why the police in Madison are very different from the police in Chicago or Milwaukee. Any assertion that there is a “police problem” needs to be localized, not generalized, with a keen eye toward the character of the community itself. The police react to situations, they do not cause them nor do they have the ability to manipulate the context of most police use of force incidents.

“A wise path for the police is away from what has been labeled the ‘warrior’ mindset, the police are first and foremost ‘guardians,’ but only the profoundly naive believe that there is no place for the warrior cop. Over my lifetime I have witnessed many noble acts on the part of my fellow human beings. With only a few exceptions, those acts were perpetrated by police officers in the service of their communities and their profession. It’s time to recognize that we have a profound societal problem, not a police problem.” 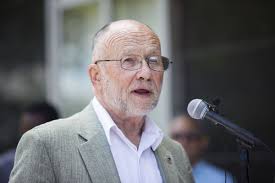 Pat, Much appreciated (although I beg to disagree with much of this, I do support the above “bullet points” and the need to balance the “warrior-guardian” mindset). Nevertheless, you do provide a well thought out response to my position on this.

I would refer to the work of Prof Barry Friedman in his new book. Unwarranted: Policing Without Permission in which he (and I) would argue that a people policed in a democracy such as ours need to be asked for permission as to how and when and how much force is to be used by the police in carrying out their duties before they act.

That is the backbone of my argument: that it is not the police to determine how, when, where and what level of force to apply but rather that of the community and often communities.

Anyway, that’s my immediate thinking on your fine presentation!

The importance of respectful dialogue, research, and broad community discussion of police issues and practices cannot be overplayed. There is also the needed interaction between academia and the police bea. Hopefully those of us in academic who have walked that beat can strongly influence this needed movement.

We can also model how to tackle and issue, even strongly disagree with one another — and still be friendly and collegiate! (Which I believe we are doing!)