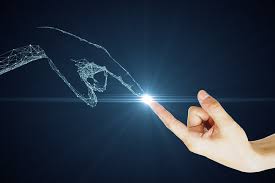 In 1990, I wrote a piece for the American Journal of Police. In it, I dreamt about a future police that I hoped would emerge from the work that we had done over the past 20 years (circa 1970-1990).

It was not written to be either prophecy or prediction, but rather a dream, a dream filled with an excited hopefulness. A hopeful reality of which I knew police were capable.

At the time, I was the chief in Madison, Wisconsin and it was a few years before my retirement. We in Madison were just emerging from more than a decade of transformational work involving neighborhood policing, effective responses to protests, diversifying the organization, and developing a new style of collaborative leadership called, “Quality Leadership.” These were heady times.

Looking back, I joined the police as a young man recently discharged from the marines. I started policing in a small (but wealthy) suburb of a large urban city and, at the same time, enrolled in college. Two years later I joined the ranks of the city whose borders I patrolled as a young officer. These were times of civil rights protests and a call to end the war in Vietnam. I continued learning on the street and in the lecture hall.

During these years, I began to see and understand some things which many of my colleagues missed. It had primarily to do with how we treated those whom we policed. We had great responsibility and tremendous authority as police officers. Each day we had the opportunity to do immense good, practice kindness, and to right wrongdoing. We also had an equal and compelling opportunity to do the opposite. As many philosophers have noted down through the ages, leaders have the capacity to project either light or darkness upon their followers.

So how is it police can project light, to help, improve, and fix things? Some of the things I thought would change and help cast light in that future note were about demilitarization (particularly in dress and armament), decentralization (acknowledging the hierarchical and authoritarian nature of our present organizations), a focus on neighborhoods and their residents, and the importance of being able to listen and effectively respond to citizen-identified problems (not just those which police identify).

My dream was that we would develop a new breed of police officers, both highly educated and trained, who were able to listen, work with community members, protect their civil rights, and acted, in effect, as peacekeepers(or as I have frequently said, social workers in blue).

Not only were trust and respect to be values the organization practices externally, but they must also be practiced within its ranks. How police are organizationally treated is how they will respond to community members. That’s why recruit training, field training officers and leadership matters greatly.

I wrote that police were to “maintain community order within a human rights framework… keeping the peace with a maximum amount of problem solving and a minimum amount of force.” The objective being neighborhoods which are “safe and peaceful, and maintain a high-level quality of life.”

I am thinking that another dream is about to happen. It will be from a person I am thankful to have relationship, mentoring, and conversation with over more than 40 years — Prof. Herman Goldstein. It has been an invaluable and informative relationship. I am sensing that Herman will now share his dream of policing beyond what he did in Policing a Free Societyand Problem-Oriented Policing.

I will predict you can hear Herman’s dreams brought to together in his Stockholm lecture next month as he receives one of criminology’s most prestigious awards.

All of us working in or thinking about police should carefully listen (or read his published remarks) on what he has to share with us as he journeys through his eighth decade of life and 60 years of experience in policing which began with O.W. Wilson’s tenure with Chicago police.

You can tune in HERE on June 13 for a simulcast from the Stockholm City Hall (Stadshus) starting at 1:00 pm, US-EST. 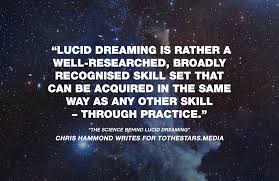 In the meantime, let’s continue to dream.. and share our dreams with one another.

I still have this dream for police… you should, too.