“Mr. Attorney General, we will hold illegal border crossers as you wish, but we will NOT separate minor children from their parents!”

Most of us are shocked by our nation’s recent decision to separate children from their parents who are illegally entering the United States. As I understand it, prior to the present decision, illegal immigrants and their children remained together and the adults were given a court date which required their appearance at a future date. Illegal immigration was not a felony crime. Now one can argue about whether this is good or bad public policy, but, that’s the way it was.

Now comes our U.S. Attorney General who wants to get tough on immigration. He uses Christian scriptures (Romans 13), that Christians should obey the laws of civil government, to justify his toughness. (Deftly avoiding the issue of just versus unjust laws). 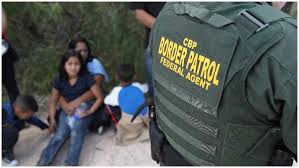 So now the border police are told to consider illegal border crossings to be felony offenses — and how (in past practice) do police handle felons? Well, they separate them from their children, put the adults in jail, and call child welfare authorities to take the children into protective custody.

Is this the most ethical way to respond? Now here’s why we need smart, moral cops: they need to think about our values as a nation. While it has been past practice to separate felonious parents from their children, is this the best way to respond today to this problem? Can exceptions be made; that is can we create a new way to handle those in our country illegally without separating adults from their children? (I understand babies are NOT being separated, but children around 4 or 5 years of age and older are.)

Can border patrol leaders stand up and say, “Mr. Attorney General, we will hold illegal border crossers as you wish, but we will NOT separate minor children from their parents!”

That’s what I would expect a police leader to say and do. Of course, I would suggest this, at first, is not done publicly, but as a series of negotiations with federal prosecutors.

This is not too much to ask or expect from police in a democratic society.