“The thing about the past is that it’s not the past!”

The following article from “The American Prospect” captures what I have been trying to say since the tragic and watershed days of Ferguson — police must reconcile with black America and that begins with a sincere, heartfelt apology.

There is an old Irish saying (with some attribution to Wm. Faulkner) that applies to today’s situation, “The thing about the past is that it’s not the past!”

I have excerpted some salient parts of a July 18, 2018 article in “The American Prospect” entitled, “American Police Must Own Their Racial Injustices.”

American Police Must Own Their Racial Injustices

“To improve relationships with communities of color, a reconciliation movement has begun in several cities, in which police brush up on their history, admit past mistakes, and listen to frank talk and hard truths.

“Americans rarely discuss racial injustice. When they do, many people treat the subject like an exorcised demon, a distant past without present-day legacies. But Americans still live in a country characterized by racial hierarchy that infuses its institutions and organizations. Lawmakers, reflecting the will of a sizeable portion of the public, set the laws that made slavery, Jim Crow, and mass incarceration possible. Schools, hospitals, businesses, and municipal agencies implemented those measures. And law enforcement exacted the consequences for disobeying them.

“Police have been central to American racial injustice since our nation’s founding, when nascent police forces enforced slave codes. Today, the wars on crime and drugs continue to produce disproportionate and destructive enforcement in black and brown neighborhoods. Communities’ of color deep distrust of law enforcement is multi-generational and well-founded. And as the recent “living while black” incidents show, many white people still view police as instruments of control over those communities, especially African American ones.

“The effects of racially disparate policing remain imprinted on us as a people. Today, however, some police departments and leaders have moved to the front lines of America’s racial reckoning by explicitly recognizing historical racial injustice and committing to collaborative change in the communities most harmed by the structural racism their institutions have been so crucial in shaping.

“Unlike popular community policing efforts, these reconciliation processes, particularly the police acknowledgement of harm, may meet a deeper need for moral alignment on historical and contemporary challenges.

“As we cover in our recent report, some police agencies and communities are engaged in unprecedented efforts to engage with and remedy fundamental historic harms and ongoing sources of mistrust. After reviewing dozens of examples of reconciliation endeavors, and from our work advising six cities—Minneapolis, Pittsburgh, Fort Worth, Birmingham, Gary, and Stockton, California—on piloting full reconciliation processes, we believe reconciliation offers something that other reform efforts don’t: a path towards mutual respect that enables sustainable improvement to public safety practices.

“Our definition of reconciliation, developed at the National Network for Safe Communities and the National Initiative for Building Community Trust and Justice, is ‘a process whereby police and community engage in joint communication, research, and commitment to practical change to foster the mutual trust essential for effective public safety partnerships.’ This process has four core elements: acknowledgment of harm; listening and narrative sharing; fact-finding; and policy and practice change.

“This work begins when police leaders engage residents by acknowledging the decades of harm caused by institutional flaws, and committing themselves and their departments to improvement that is largely guided by their partnership with harmed parties. Holding listening sessions with law enforcement leaders and community members and collecting local narratives—similar to testimony collected by truth and reconciliation commissions around the world—allow these two groups to air experiences and feel the moral weight of a collection of individual stories. To ground a healing process, communities also create authoritative records of the local history that has led to the need for reconciliation. Ultimately, these narratives and facts should not only help identify core areas for policy and practice change, but encourage mutual commitment to those changes.

“In the six pilot sites of the National Initiative, police and communities are embarking on reconciliation processes as part of a systemic rethinking of public safety. The Stockton Police Department, in particular, has demonstrated what reconciliation can look like in practice. Since 2016, Police Chief Eric Jones has held dozens of ‘listening sessions’ with historically marginalized groups, including local Black Lives Matter activists, Latino community and East Asian immigrant groups, LGBTQIA leaders, organizations serving people returning from incarceration, and at-risk youth…

“Individual police officers are often unfamiliar with the history of their department or institution, especially as it concerns race relations. Most training academies don’t teach the darker sides of policing history, so America’s general amnesia about racial oppression means those who become police officers often have little knowledge of the checkered record of their profession.

“The Trump administration’s break with the criminal justice reform movement, coupled with its practice of stoking racial resentment, may make the prospect for these efforts seem even more bleak. Every new incident of excessive force and police shooting make clear that reconciliation is far away for many of the thousands of American police agencies.

“Nonetheless, some local law enforcement agencies are still taking on racial reconciliation processes because they recognize their necessity. When they do, they won’t find a cure-all for the problems that still plague American policing: over-enforcement of petty offenses, under-protection of the highest violence areas, and failure to oversee and discipline abusive officers. These all require intentional, persistent focus. But cities can find in reconciliation a method for establishing a foundation for eventual transformative change. And as law enforcement has been at the front of enforcing racial injustice, perhaps it can now stand at the front of communal healing.” 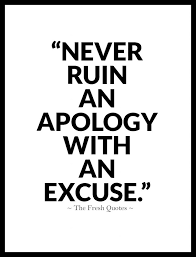 What is your community doing to make active and visible steps toward racial reconciliation? These steps must involve the willing and active participation of police.

See also what I have posted over the years about the importance – and absolute necessity — of police making reconciliation efforts with their communities of color black to build trust, confidence and a safer community for everyone. While reconciliation begins with apology it is also important to identify the injustices present today in our policing systems and practices.