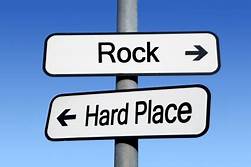 The interview describes the difficult position police find themselves in the wake of national protests surrounding the death of George Floyd in Minneapolis on May 25th. What makes the response by police difficult is the mixture of peaceful and violent protests, often the latter follows the former. Down the west coast, Portland has experienced over 50 days of violent protest.

Within this national turmoil, and in the months to come, police agencies must have a plan to bridge the gap between them and these angry citizens. What we are seeing is not just about the tragic death of George Floyd, but decades of indifference regarding the treatment of people of color. This infection has now exploded into American society at the same time we are experiencing a viral infection and pandemic. I’d call it two pandemics!

Police in America (all 600,000 of them in 18,000 agencies) have their work cut out for them. Trust, narrowing the present gap between police and many citizens will not be accomplished by passing new laws or policies. It can be accomplished, however, by daily, 24/7, respectful and fair interactions between individual police officers and citizens they contact. It will be slow and difficult work.

I know. It sounds simple and there are no shortcuts. Many of us who were arguing for police reform in the late 1960s and early 70s are no longer among us. They have passed on.

Most of them would agree, I believe, with I am about to say.

Every day we put off doing this, we tolerate a systems that has gone unchecked for far too long.

Yes, this will apply to cities like Seattle and Portland. All the city and its police can do now is to hold the line. When the anger has been vented, the embers cooled, and the dust settled, thoughtful conversation can begin. I suggest the approach I have outlined above. The status quo can no longer be tolerated or accepted any longer.

Chief Carmen Best: We had a number of Antifa and Black Bloc folks show up in the middle of the afternoon. They came in on the heels of what had been a peaceful demonstration about ICE. They came with vehicles and had pickaxes and baseball bats. They went through the city destroying big plate-glass windows at Amazon Go, Amazon headquarters, Whole Food, and Starbucks. They set a fire inside of a Starbucks.

This was not expected, and we didn’t have the level of resources we would need to contain a group of almost 300. We had to call in people from home, and it took them time to get notified, come in, put on their gear, rally up, and deploy. That was a real challenge for us, and there was a lot of property damage in the meantime.

Wednesday night, another large group came through our Capitol Hill area around 10:00 p.m. and did a lot of damage to Starbucks and other stores.

It’s difficult right now. These situations create some huge challenges for us. Our city council has passed legislation saying that, effective July 26, we can’t use any of the chemical munitions that we typically use to disperse crowds or move rioters back. We are in the process of removing those items from our officers. The ordinance also says we cannot purchase or store them, so we’re trying to figure out where they can be moved, because we’re not supposed to have them here. That really limits our ability to address large crowds engaged in criminal activity like this. It’s a huge, unanticipated challenge, and we’re still working through how we are going to keep things safe in this environment.

Wexler: What are your expectations of officers in these violent situations?

Chief Best: Under those circumstances, we want people to be arrested to stop the immediate action, even with the limited prosecutions we have. But you need enough resources available to do it effectively. I’m not going to put our officers unnecessarily in harm’s way. We had a deployment of 40 additional officer against a crowd of 300 armed with pickaxes and baseball bats. It took a bit of time to get enough resources there to address the crowd.

In the meantime, a lot of damage occurred. We were able to make two arrests, and we’ll be looking at video that was captured by cameras on buildings, or body-worn cameras, to identify perpetrators and take them into custody when we can.

Wexler: Are the people who are causing this damage from Seattle or outside Seattle?

Some of the people we’ve seen in the crowd have been seen here previously, and we’ve also seen them in Portland. It’s unclear whether they’re from here or from there, but they’re definitely traveling between cities.

Chief Best:  Clearly they would like to see us to address the level of damage and volatility. Many of the businesses are already closed and boarded up due to the COVID-19 pandemic, so that lessens some of destruction that can happen. But certain businesses, such as Amazon and Starbucks, which have both routinely been targeted, are not closed because of the pandemic.

Wexler:  How will this ban on chemical munitions impact the way you handle large crowds?

Chief Best:  It limits our capacity to engage large groups. We understand that using tear gas and CS has come under scrutiny, particularly when you have people trying to cause harm embedded in groups of peaceful protesters. We recognize we need to revisit that issue.

But in this case, it was only people who were engaged in criminal activity. It does limit our ability to move them if all we have is our batons, guns, and, for those who have trained with it, a Taser, which isn’t really applicable in this kind of scenario. It really limits our ability.

I think it’s going to increase the propensity for uses of force, including much more significant force, if we have to engage. It puts us between a rock and hard place, because we want to minimize the risk to our officers and keep the public safe. And it’s inherently dangerous when it’s a hand-to-hand, face-to-face engagement, as opposed to being able to move that crowd to get time, distance, and shielding through chemical munitions or blast balls of some sort.

I think it’s going to be very difficult and very challenging.

Wexler: How will proposed budget cuts impact your department?

Chief Best:  Initially the city council wanted to defund SPD by 50%. Most of our budget is personnel costs, so a 50% cut would mean a large reduction in men and women on the police force.

We can agree that there may be some other avenues, such as adding mental health workers or social workers as part of a deployment strategy. I’m not opposed to that. I think officers spend an awful lot of time working with people in crisis and homelessness issues. There probably is a balance there, but there’s no plan in place here. Right now it’s just an idea, and they haven’t hired people, trained people, or figured out the cost of that. I would hope they would do that before simply cutting the police department’s budget by 50% with nothing in its place and no discussion about what the alternative will look like. I think that would be reckless.

It’s clear to me that they anticipate making significant cuts to the police department. What that looks like remains to be seen, but I do not think that’s in the interest of public safety.

Wexler:  How do you reconcile responding to these violent crowds amid discussions about significant budget cuts?

As a police chief, I want to protect the officers and do what I am allowed to do to protect the life, safety, and property of the community. But it’s very challenging in this environment.