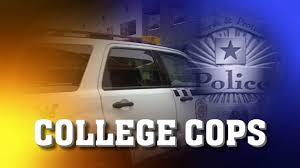 What are criminal justice students thinking about today?

Here are some question I received from students attending the 4-year degree program at the University of Wisconsin in Platteville yesterday. I have inserted my abridged responses. (Thanks to my friend, Nino Amato for asking me to discuss modern policing with his students):

Thanks for inviting me today. You have asked me some good questions. It shows you are thinking. It is a tough time now for the nation’s police. Real change only comes from the inside out — leaders who improve things. Each one of you can be that kind of leader. Good luck — study hard — serve honorably!