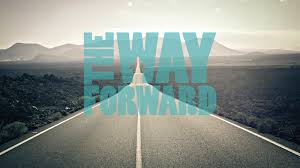 I woke today with a heavy heart.

This is the day our district attorney in Madison and Dane County, Wisc. will decide whether or not a Madison police officer will be charged with a crime for killing an unarmed, black youth.

No matter what the outcome, this is a watershed day and, depending on the response, Madison will never quite be the same again. Today, will be the beginning of a new future that depends on each one of us.

Most people expect that the officer will be exonerated. But depending on your race, how you react to this may be quite different. The racial divide in our country is enormous when it comes to how police are perceived. It ranges from “The officer was merely doing his duty” to “This is a murder.”

What is now before Madison is the decision regarding the legality of the shoot. What will come next is the department’s internal review — did the officer involved follow department policy? While the officer may be free from legal sanction, he could be disciplined, up to and including dismissal, by the chief or city’s Police and Fire Commission.

I don’t know whether or not there will be violence or property damage after today’s decision. Emotions in the community, especially among youth of color, are extremely high. An active youth group, “Young, Gifted and Black” has organized, emerged, and is very vocal and active. They will test us — yet we must hear and come to understand what they are saying.

Over a year ago, another unarmed man was shot by police, Pauli Heenan. He was white. His death caused considerable emotional unrest in white, liberal Madison. After both legal and internal reviews, the officer was exonerated. He later left the department. This shooting generated the creation of a citizen community action group that helped change the state law regarding outside investigations of police shootings. They are now working with those who are questioning the recent shooting of a young, black man by the name of Tony Robinson.

Because of these two police killings, one white, one black, the department has lost trust with a significant number of its citizens. It will behoove them to realize this and for them to work diligently over the coming months to rebuild the trust which has been lost.

This, of course, is not just a local problem, it is a national problem that has unraveled before us beginning last summer with Ferguson and most recently, in Baltimore. It is a problem whose causes lie deep within us and our society – 9/11, a decade of war, SWAT, increasing militarism, a faltering economy, disparate police contacts, arrests and judicial prosecution and sentencing rates, lack of firearm regulations, and lip service to community policing.

As a forward-thinking police leader for many years, I can’t help but feel a sense of loss and sadness. I still dream of police as the glue that holds our democracy together — social workers in blue. And they do that by practicing respect for people and their lives, being fair and just in their actions, practicing color-blindness, and working closely with all people. This dream is in danger of fading away. And that would be a great loss.

We, in policing, have had tough times before. When the going gets tough, do not those with tough character and solid values get going? We have been through the civil rights movement, the assassination of Dr. King, the war in Vietnam, bringing women and minorities into our ranks, and becoming closer to the communities we serve.

I believe today’s police can emerge out of this crisis stronger and better; civil libertarians and problem-solvers devoted to the communities they serve. But this will not happen unless they find their voice and stand up for what is right. It will not happen until they understand they are but one part of a complex, free society that must, by it’s very nature, work for everyone — or it cannot work for anyone. It will not happen until police reasonably, authentically, and believably answer today’s cry from people of color: “Stop killing us!”

Crime and social disorder has it roots in failed educational, economic, social and healthcare systems. It is time not only the police roll up their sleeves and commit to improvement, but so also must leaders and practitioners in other systems that are failing to make our dream for America become a reality