On Thursday former FBI Director Jim Comey voluntarily testified to Congress about his uncomfortable relationship with the President. The event eclipsed even the morning “soap operas” on television. Millions of Americans tuned in. I was one of them.

I watched the three-hour question and answer session and concluded Jim Comey did a pretty good job of being forthright and honest in his sworn testimony.

Watching this caused me to think about the times a mayor had asked me to do something I determined was either illegal or improper. It happened a number of times in my 25+ years leading two police departments.

Now I never worked in Washington and most likely do not understand the pressures Jim Comey felt`when he thought the President of the United States had lied about him publicly and asked him to do something improper — to back off of an ongoing investigation.

Surely Jim Comey must have had similar experiences as a federal prosecutor — his boss or a powerful politician or community member asking him to back off or go easy on someone he was about to prosecute. Was he as tongue-tied then?

Because when I heard Comey’s response to the President, I had hoped he would have been stronger (he even admitted this — “Perhaps if I was stronger…”). What I expected him to do was to respond as some of my colleagues and I did over the years. And that was this:

“I hear what you are saying boss, but what you are asking me to do is unethical/improper/illegal/outside my job description [choose as appropriate] but if you are serious about this, I request that you put your order in writing and I will review it and give you my answer as soon as possible.”

I’ve had Mayors seriously think about firing me least three to four times in my career. In each event I resisted what they were asking. I never received the written order I requested — and while they made my life difficult (sometimes miserable) for a period of time, I survived.

My sense is that Jim Comey was too timid when he confronted a President who was used to getting his way. I think Comey should have clarified his job responsibilities to the President and, yes, even give him a short civics lesson on the branches of government and role of the FBI.

When the President said he “hoped” Comey would do he wishes, Comey should have said he would look into it and then asked the President whether it was an order (which should, of course, then come from the Attorney General and not the President). If Comey did this there might have been a different outcome.

Comey also danced around the loyalty question. Sure, powerful leaders like to know their staff members are loyal, but that’s not the FBI Director’s job to be a loyal party member. When Comey’s answer was that he would give the President his “honest loyalty” is somehow avoiding the issue at hand. Instead, the President needed to be reminded that while the FBI is part of the Executive Branch, the FBI Director reports to the Attorney General and the FBI’s responsibility to the American people is to be an quasi-independent national watchdog.

Leaders need to know whether what an elected official asks of them is so wrong that they will choose to “die on this hill.” To me, Comey retreated. I’d be more comfortable today if he had chosen to stand and take the political consequences. After all, he still got fired! 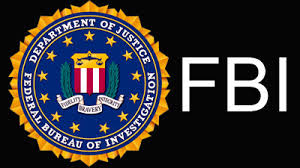 Again, I’ve never worked in Washington, but I have to admit that I expected more from Jim Comey.

His testimony was believable and well-presented. But I wished he had been able to standup to the President in no uncertain terms — that’s why we have a balance of powers in our Constitution and a Federal Bureau of Investigation. I hope our future FBI Directors understand this.