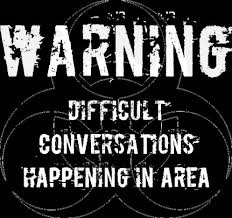 I like to look for emerging trends. In “Arrrested Development,” I describe how 19th century wagon train leaders had to stop every few miles and look and lister for two things: fires and stampeding buffalo. Both of which could endanger the settlers for which they were responsible. It’s time now to Do that.

I am stopping and listening. Does my education and experience count? What is the role of a retired cop like me in giving guidance to the profession in which formed us? I have to say, not much. Instead, those of us who have this kind of inclination, concern, education and experience are often told we are “out of touch,” “arm chair quarterbacks,” or “things have changed since you were a cop.” To those of us who know the field so well, and the power of the blue subculture, it means shut up or you are no longer one of us! In the meantime fires are burning and buffalo stampeding.

There’s a tragic and sorrowful dance going on that is causing these fires to burn and animals to stampede. Citizens who have lost loved ones to the use of deadly force by police are first to speak out – and they often speak loudly. Others join them. Then more join and the protest becomes public, sometimes violent – Ferguson and Baltimore are two examples. You know of others, perhaps in your hometown; “Black lives matter!” “Blue lives matter! “All lives matter!”

There now comes the investigation on two levels – the district attorney looks into whether a crime has been committed by police knowing all along the low standard of Graham v. Connor – “I feared, therefore I defended my life and I shot!” More often than not, the act of the police officer followed Graham’s “objective reasonableness.” Should the incident be taken before a grand jury? There has been no finding of criminal negligence; thus, the police did not act improperly or illegally.

Should a bold prosecutor (like in Baltimore) rush to charge a police officer with a crime relating to a suspect’s death? If he or she does, they will soon feel the sting of both the police union and an active electorate in support of the officer. (In Baltimore, a number of officers were charged with crimes and all exonerated at trial. Her job is in jeopardy.

Internally (or by some chance) an external investigation will also find the officer did not violate state law, followed his or her training, and the policy of the department. No crime, no internal policy violations.

Meanwhile, the community divides along racial lines with some concerned whites joining the protests of the victim’s family and their supporters. At the same time, little is publicly said by the district attorney or chief of police who have received cautionary warnings from their legal counsels about the potential of civil suit and trial. In a civil proceeding the burden of police misconduct shifts from “beyond a reasonable doubt” to that of a “preponderance of evidence.” The silence from city leaders is deafening and provoking to the community which supports the victim’s family.

Thus the dance pattern continues to emerge. Two events unfold: first, the city’s legal counsel along with their insurance carrier, decide to negotiate a monetary settlement with the victim’s family in order to avoid a lengthy, public and sometimes precarious trial. When this occurs, we have seen settlements in the neighborhood of $3 to $6 million. (Note: in the recent Madison case involving the death of Ashley DiPiazza, a white, 26 year old military veteran, was shot by police while holding a gun to her own head, a jury has just awarded the victim’s family the sum of $7 million.) When a settlement is made (and sometimes the victim’s family signs off on a “no disclosure” statement and that may end the public conversation), the police and their supporters cry “foul” and say they would have welcomed a public trial where they most certainly would have prevailed. After all, both the district attorney and internal investigations absolved the officers. The chief of police agrees and says his officers did no harm. Any arguments are now met with the importance of “officer safety” in these matters.

The other alternative is for the victim’s family to file a civil suit and go to trial to find the justice which they believe is due them. A most recent civil action involved two officers who used deadly force to resolve a standoff in which a disturbed woman was pointing a gun at her head and they shot and killed her. (As above, the officer was absolved of any criminal or department policy violations). As in most of these cases, the police department publicly declares the officer in line with state law, department policies, and training.

In this incident, after the officers were criminally and internally absolved of their actions, the police were sued and a civil trial began. After a jury heard arguments from both sides they determined the officer acted (using the Graham v, Connor rule as a measure) “un-objectively and un-reasonably.” The city now awaits the jury’s monetary award.

As an aside, it is particularly informing because one of the “30 Guidelines on Use of Force” promulgated by the Police Executive Research Forum last year addressed just such incidents – not to use deadly force to resolve situations in which a person is only a danger to him or herself; that is, persons who are suicidal.

Since Ferguson, Americans have witnessed and even participated in this public dance. It’s almost as if there is a script that cities and their police are using. Contrary to the efforts of most playwrights, there is no resolution or moral lesson in the last act.

By that I mean what comes out of this? Citizens supporting the victim think that the police will change because government just paid a big “fine” in the neighborhood of millions of dollars. And they believe this penalty will created improvements. Not so. Look at our big cities and what their liability payouts have been during the last five years. Millions? No, actually only thousands, because they carry liability insurance. Everyone in the pool pays a little; no one has to pay a lot. Nothing changes.

While inquiring minds will still want to know what the city and their police have learned from these trying and costly legal entanglements and days of property damage, arrests, and injuries, I can report from surveying the field that the cumulative effect of a 1,000 lives extinguished each year, predominately from the ranks of those who are either black, poor whites, or mentally disturbed is little when it comes to changing how police use deadly force..

This flies in the face of a presidential task force giving us 59 recommendations on how to do just this and 30 guidelines from a professional group of college-educated police leaders. Not much has happened. As police still desperately hang on to the 1989 USCC decision in Graham v. Connor, a decision in which many of our nation’s police leaders call “lawful, but awful,” the status quo reigns supreme.

But let’s get this one thing straight. Graham does not have to be changed. What needs to change is how police in our country are trained, coached, and led regarding how and when they will use deadly force to resolve a conflict. They must realize that in America, the sanctity of life is one of our strongest values.. This is what needs to happen. The dance needs to change. And it’s going to take new music, new steps, and some new dance instructors in order to do it!