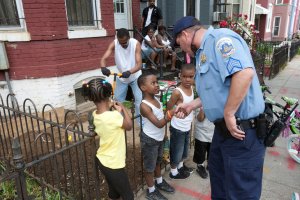 I am convinced that nothing can compromise officer safety more than leaders who either fail or are unable to lead their men and women into a close, collaborative relationship with the people they serve.

That is my experience, my study and my observation.

Close is better. Closer is safer.

So, let’s get on with it and start implementing this recommendation (and others) of the President’s Task Force on 21st Century Policing.