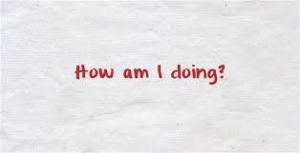 Dr. Deming always asked this question when someone would report an  improvement — “How do you know?” Of course, that’s when survey methods and data come into play. That’s how you know!

I received an email this week that really got me excited. I don’t usually promote a product, but in this case I am making an exception. The product, is a brand new on-line system of client/customer feedback for police. It is exactly what I have said we need in policing.

I have been saying this for some time. In Arrested Development, I wrote about my experience with “customer surveys” when I led the Madison Police Department. I highlighted the pressing and vital need for chiefs to get direct citizen feedback from their community.

This is especially important today with regard to rebuilding lost trust. An important step today for any chief is to assess what the trust level is in his or her community – particularly among communities of color and those who have directly received a police “service” whether it was making a lost property report or being arrested — and whether or not police actions in the community are raising the level of trust, support and respect that police need in order to fairly and effectively police a free society. 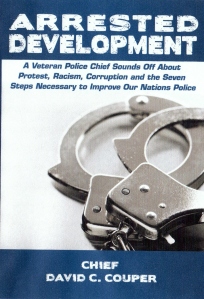 As we evolved into a community- oriented organization. I came to understand that I needed a more official and systematic way to find out how we were doing… I needed to find some way to directly ask citizens as to their level of satisfaction with our services…

What I intended to do was create a survey of people who had contact with us – I called it a customer survey. A contact could be, for instance, making a verbal complaint, being the victim of a crime, or even being arrested…

“I began to mail out a survey form with a self-addressed, stamped envelope. It was sent from me to the people identified in every 50th police incident (as determined by randomly-selected case numbers). Each survey was enclosed with a personal letter explaining why I was doing this, why I thought it was necessary, and asked for their feedback. The survey asked them to rate their experience with us…

At the end of the survey, I asked the critical question: how can we improve? And those who answered were not hesitant to tell me…

We had a very respectable return rate of 35 to 40 percent. I used the results to report to the mayor and city council how the department was doing in personal hands-on contacts. During the seven years I used the survey, we made steady progress in improving overall citizen satisfaction each and every year. I put together and published a line graph showing the rate of citizen satisfaction officers were achieving. It was a clear, visual indication that Madison officers were continuously improving. And they did it on the street with all types of people and in all kinds of situations.

Today’s world is a lot different than when I sent out personal, self-addressed and stamped envelopes two decades ago asking randomly selected citizens to rate us. Internet-based services like Survey Monkey can provide an input method for police leaders to use, but now we have something much better.

“I have been enjoying your blog since being introduced to it by a friend in law enforcement.  You are a courageous truth teller.  Your writings have been very impactful and influential to me.  Because of your writings, you have been an informal advisor to me even without knowing so…

“Law Enforcement is not my profession.  My background is engineering and I have spent my career in the technology sector. In 2014, at age 49, I left my job at Hewlett-Packard and went to graduate school at the Harvard University John F. Kennedy School of Government.  While I was in graduate school, America experienced several incidents that caused some law enforcement agencies to not only lose public trust, but legitimacy in the eyes of their community.

“In Ferguson, it was Michael Brown. In Baltimore, it was Freddie Gray.  In Chicago, it was Laquan McDonald.  In North Charleston, it was Walter Scott.  In Charlotte, it was Keith Lamont Scott.

“While in graduate school, I began talking to law enforcement officers and leaders about the problem of public trust in policing.  I interviewed any officer who would talk to me.  It was really interesting to get their perspective.

“Although I wanted to complain about policing, I decided and felt compelled to be part of the solution.  Since graduating with my Master of Public Administration degree, I am leading a team of technologists and we are developing a cloud based software platform that helps law enforcement agencies better engage their communities to build trust and seek public feedback.  Our platform is called Open Policing.

“Agencies participate by involving all officers and law enforcement staff in requesting community feedback.  During all encounters with members of the community (traffic stops, serving warrants, traffic accidents, etc), officers intentionally invite community feedback by providing residents with a card. The card is printed with a custom URL or website address provided by OPEN POLICING to facilitate feedback from community members.

“Our first law enforcement agency to participate in our trial is Moultrie Police Department in Georgia. Although they are small in number, the Moultrie community seems to be warming up to the idea that they can now use a safe, secure, and anonymous feedback system to make their voice count.

“Immediately after submission of any community feedback, our platform sends an email notification to the officer involved, the command staff, and Chief of Police, allowing them to acknowledge the feedback and post a response to their feedback, all while maintaining anonymity of the citizen.

“This started out as a wild idea but the more I think about it, it just makes sense for law enforcement to seek public feedback on a real-time ongoing basis. The Chief can receive real-time public feedback even before the officer involved gets back to the office at the end of the shift.

“The other key feature is that all the data is transparent and public for everyone to see.  We also run some algorithms to help reduce fraud and abuse of our platform.

The folks at OPEN POLICING are looking for some innovative police departments to be Beta-test sites. You can contact Mr. Johnson at patrick@openpolicing.org.

And you can read more about Open Policing being tested in Moultrie, GA: