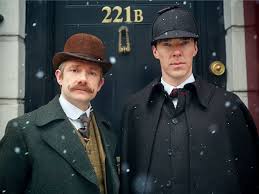 “For the first time, a British police force will recruit people directly to become detectives without them working as beat officers in uniform.

[Note: Is this America’s future? A way to bring the “best and brightest” into policing? After all, the 1967 President’s report, “Task Force Report: The Police,” recommended transferable pensions, a 4-year degree, and two levels of police: officer and agent.]

“The Metropolitan Police hopes the scheme will fill some of the 600 detective vacancies in the force.

“It also hopes to attract people with different skills and backgrounds who might otherwise not want to join.

“Up to 80 detectives will be taken on initially, with further recruitment rounds likely to follow.

“Earlier this year, HM Inspectorate of Constabulary said there was a policing ‘crisis’ across England and Wales because of a “severe shortage” of detectives.

“Among the reasons given were the high workload in CID (Criminal Investigation Division) units, a lack of support for trainees and the intense scrutiny detectives face.

“To help plug the gaps, some forces have begun recruiting specialists in cyber-crime and fraud to help with investigations.

“Unlike other recruits, they will not have to spend any time in uniform doing street patrol and response work.

“The training will be partly classroom-based, and partly based in boroughs. It will be similar to a constable’s training, but with an investigative focus. The initial salary will be just under £30,000…”