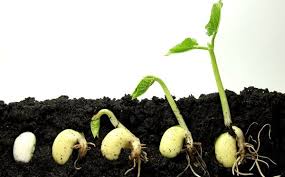 “My vision is to see seven seeds planted in the field of policing–leadership, knowledge, creativity, problem solving, diversity, control of force, and community policing. If these seven seeds take root and grow, they can, hopefully, provide a vision for tomorrow’s police leaders…”

As I was reading the article I thought of my lengthy career in policing and my reflections on the field of policing at the time of my retirement. Just prior to my retirement in 1993, one of the editors of the FBI Bulletin asked me to do a reflection. I titled it, “Seven Seeds for Policing.”

Reading it again reminded me that we all have work to do. If Milwaukee and other city police departments reflected on these seven points and acted on them, they could rebuild the trust that has been lost and restore the integrity of American policing. Everyone of these seeds should be familiar to both police and concerned citizens: leadership, knowledge, creativity, problem solving, diversity, control of force, and community policing.

In my over 30 years of police service, I have seen some changes of which I am proud, specifically, the higher education levels of police recruits and the larger number of women and minorities in police departments. At the same time, I confess that all I hoped for did not happen.

However, because I am not one to lament the past, I want to look ahead and think about what could be for those who choose to serve as police officers. My vision is to see seven seeds planted in the field of policing–leadership, knowledge, creativity, problem solving, diversity, control of force, and community policing. If these seven seeds take root and grow, they can, hopefully, provide a vision for tomorrow’s police leaders.

The police may be the last organization in America to maintain the authoritarian organizational structure. We don’t seem to understand the fear it generates among employees or realize how it chills creativity and initiative within the ranks.

Today, the best organizations in America are adopting leadership styles based on Total Quality Management (TQM). This leadership style stresses listening to others, coaching, and fostering the personal growth of employees.

Nevertheless, many of this nation’s police leaders continue to wrap themselves in the protective mantle of authoritative and coercive leadership styles. The longer we delay this needed change in police departments, the more difficult it will be to accomplish it. Once and for all, coercion and fear must be cast away as leadership methods–the police officers we lead deserve no less.

It is time to move from fear to fostering. It is time to stress listening, coaching, and fostering employee development as the three most important characteristics of a police leader.

As a young police officer in 1967, I became excited over the report released by the President’s Commission on Law Enforcement and the Administration of Justice. The report challenged me to finish my college degree and attend graduate school.

I was convinced, as I am now, that policing could be a profession of intellectual substance with an interdisciplinary body of knowledge. Yet, professionalization will never happen until police leaders require a baccalaureate degree as an entry requirement.

It is time to move from diplomas to degrees. It is time to institute the bachelor’s degree as the entry requirement into the policing profession and an advanced degree for top leadership positions.

Policing chills creativity in so many ways–from our leadership styles to our ongoing romance with the status quo. It is unfortunate, because the problems facing law enforcement and society today require not more of the same, but new and creative ways and methods of policing.

For nearly a decade, police leaders have talked about problem-oriented policing. It is now time to “walk the talk.”

Whether it is a noise complaint or civil disturbance, the police tend to focus on their response and not on their ability to solve or prevent the problem. A mentality of “waiting for the big call” infects each generation of police officers, whether they drive patrol cars or sit in executive offices. In turn, this virus makes it easier, as a society, to invest in prison cells rather than prevention strategies.

It is time to move from suppression to solution. It is time to understand that reacting to and suppressing problems must be complemented by action–by problem solving, preventive strategies, and moving “upstream” to work on the causes of the social problems that perplex us.

Most police agencies are not representative of the people they police. African-American and Hispanic officers have begun to appear in uniform on the nation’s streets, but Native Americans and Asians are noticeably absent.

Women continue to struggle within agencies for acceptance as police officers. Few women, after their initial experiences with acceptance, are willing to go through it again as a police leader.

Police leaders must be ever-vigilant to the dangers of racism, sexism, and classism in communities and especially in police departments. I suggest that in order to prepare for tomorrow’s demographic trend, police leaders review the composition of the elementary schools in their communities and develop affirmative action strategies accordingly. A diverse, well-represented police department is a safer department for police officers and a community asset. The Madison Police Department has as a motto–“Our diversity is our strength”–and, we mean it.

It is time to move from relatives to rainbows. It is time, once and for all, to create police departments that, through staffing, reflect the many colors of the Nation’s communities, rather than simply the color of the majority of the population.

Police authority to use force to carry out our duties is a sacred trust bestowed by the people we serve. Although violence is endemic in society, the police should not be caught up in it.

The police are the peace people. We need to speak out informatively about the causes of violence in society, such as violence in the media, the proliferation of handguns, and the legions of battered and sexually abused children in this country.

It is time to move from muscle to mediation. It is time to identify what is killing children. It is time to reinforce our commitment to support the alternatives to violence and the use of deadly force only to save a human life. It is also time to speak to the value of every human life, whether it is threatened by a police bullet or the gas chamber.

The police must get closer to the people they serve. Distance is danger; closer is safer. This applies whether we are keeping the peace during a riot or a family dispute.

I strongly believe that the role of the police in the 21st century will be that of community organizer, advocate, and protector. The police will be the “glue” that bonds communities together and makes them strong.

Community policing is the salvation for the American police. I am strongly convinced of this. If we choose not to do it today, or do it poorly, we will be short changing the officers who follow us and the citizens who depend on us. And, we may never have the opportunity again to make a real difference in the lives of the people of this Nation.

In order to be straightforward about community policing with police officers and citizens, five things must happen in addition to the development of leadership, knowledge, creativity, problem solving, diversity, and force control. First, the police must move from the practical to the ethical. We are the keepers of the law–the “street” comer representatives of this Nation’s way of life.

The police must never violate the law in order to keep the law. The corruption in the cities or the courts is no excuse for corruption and dishonesty, even if it seems “practical” and reasonable at the time. The police should be the “ethics people” in government.

Second, the police must move from occupier to organizer. We will never make it as an occupation force. Instead, we must work with and, if necessary, organize neighborhood residents to assure peace and order.

Third, the police must move from controlling to caring. We must get rid of the “us and them” mentality that creates such enmity between us and the citizens we serve. The police must believe in the fundamental goodness of people. To lose that belief is to lose the soul of what police do.

Fourth, the police must move from time to turf. We must move away from organizing work based on time of day rather than neighborhood. We need to create police officer “ownership” of a given area, to empower patrol officers as “mini-police chiefs” in every area of the community.

Finally, the police must move from finesse to philosophy. Most police leaders are still talking “program” when it comes to community policing–another program in a long line of police department programs. Often, the response from street officers about community policing is. “Yeah, but what about next week?”

We have trained police officers so well that they “smooth talk” community policing just like they have heard us do with other past police programs. Police leaders need to stop talking about community policing and just start doing it.

As I conclude my years as a police officer (25 of them as a police chief), I look back on luck, a police sergeant, and vision. For all the foolhearted things I survived on the streets and within city politics, I attribute to luck. For my enthusiasm, health, and realistic appreciation for rank-and-file police officers, I owe to the police sergeant who is my wife. For the strong vision that I have for a better future, I owe to the grace of God in my life.